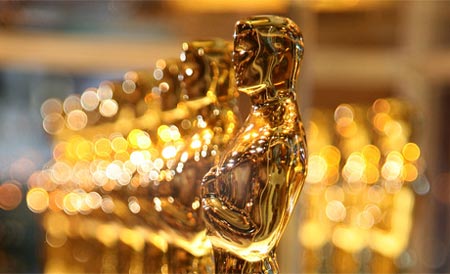 Ok, we all know (or, at least I hope we know) that the upcoming Oscar night will not open our eyes and show us what movie deserves our attention. That award, unfortunately, doesn’t mean that the movie is the best one, or even the really good one. But I also know that tomorrow, we’ll be watching that spectacle, and hoping that our favorite movie wins. So, let’s start our little “fight” and try to answer some questions.

I’m sure I’ll never forget The Hurt Locker that took almost everything in every single category at the last year’s Oscar. If anybody cares about my opinion – Wikileaks‘ Iraq “movie” that represents the insanity of human beings and their victims, deserved Oscar more than Bigelow’s.

And I know that some out there don’t share my opinion. And it’s totally ok. But, why should we mix movies with politics now? Well, that’s exactly the thing – it’s not us! It’s Oscar that started the whole thing!

I mean, how is it possible that a movie like Avatar, made for enjoyment, lost this race? Now, please, don’t give me that “weak script” answer, and read between the lines for change…

So, let me ask you once again – what is it, that one movie must have to deserve an Oscar? Artistic impression? Art of the moment? Good and original story? Famous cast? Political background? Can anybody even answer that question?

This year we have almost identical situation. The Hurt Locker last year. The King’s Speech this year. Yes, I do know that these are completely different movies, and when I say completely – I mean, nothing in common, but that still leads us to the above mentioned question.

The Academy obviously doesn’t like blockbusters, they like to nominate a movie that will train our artificial intelligence (no, I’m not talking about Spielberg’s movie), and it sounds logical. And, if you take a little look at this year’s list of nominations, you already see that each one of 10 nominated movies really has the art moment – but how can we measure that and say – look, here’s the best one!?

For example, I think that Black Swan has it all! No, not just because we have ballet in the movie, because, let’s face it – the ballet here has almost a side effect. Then, we have 127 Hours, Inception, True Grit and of course The King’s Speech.

And, yes, Inception, because under all that sci-fi story there’s definitely an art.

But, reading some reviews and comments on Black Swan, I was almost shocked – “it’s too hard to watch” or “it’s painful”… Let’s imagine Natalie Portman as one good looking ballerina (that’s not too hard, by the way), that has rich mom and dad, some good looking girlfriends. Ok, she works out 5 days a week, and guess what – she finally gets her chance to star in some big spectacle. Wow! Is that the kind of movie you would like to see?

Yes, if you like to take a little nap at the cinema, or your brain needs to be off (not even on stand- by mode!).

And, thank God that the movie industry managed to cut it down! That’s almost as ugly as cigarettes or “F” words. And what about murder? Murder is ok, as long as there’s no blood on a big screen.

So, if anybody has something bad to say about great Natalie Portman and her triple role in Black Swan – I’m not interested!

The Social Network is definitely a great movie. But, as usual, when we first heard that kind of story is coming – we all had a chance to hear that it will be an epic-fail. I mean, is something like that even possible with David Fincher? Guess not, but – is that a movie that should win tomorrow? I’m not sure.

I like it, as I said, it’s fast, not boring, exciting, but it’s hard to find the above mentioned “art-moment.” Of course, if you think that computers and Facebook have something in common with art….

And, here we go again – we have no idea what the Academy actually wants to see!

The King’s Speech… I can’t help but wonder – is it overestimated? Ok, I’m a little bored by all that nominations, although I do admit that the movie has good story. But, again, is Speech the only nominated movie with THAT good story?

There’s no shocking, “disgusting” scenes, but the King is smoking (forgive him, he’s a king after all). And why should I even continue with this elaboration, when it’s quite obvious that this movie is this year winner with big “W.”

By the way, Geoffrey Rush deserves an Oscar – King is totally stuck in his shadow! And let me also add that Helena Bonham Carter (and, just for a record, I love HBC) does not deserve to win! I mean, she can hardly be seen in a movie…

I’m not predicting, I’m just thinking out loud. And, sincerely… I will give Oscar a chance to surprise me! James Franco as Best Actor?

Dogtooth from Greece for Best Foreign Movie? I know, it looks impossible. Or a total sh*t?

According to some reports, Dogtooth has 1% of chance to win (or even less), and they’re asking how the movie even managed to get this nomination.

Well, guess what, you haters, not every single movie has to be in love with the whole world, what’s wrong with this metaphoric movie except that? I love that really cruel scene (spoiler coming, close your eyes!), when that weird family looks up at the sky, and we all see a real plane, while mother, hidden under a bush, drops a little plastic plane, combined with almost identical shot of plane that we all remember from September 11th that lasts half a second.

Too bad, but I guess that scene just deserved NOT to receive an Oscar!

End of the report. I have come to… no conclusion?

Maybe some on Monday. I said maybe…