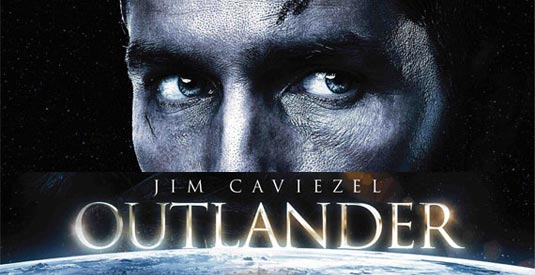 Today, we have a poster for the upcoming sci-fi film “Outlander,” featuring head shot of James Caviezel hovering above Earth. “Outlander” begins when a space craft crashes into the majestic fjords of ancient Norway and into the time of the Vikings. From the wreckage emerge two bitter enemies: a soldier from another world, Kainan (James Caviezel), and a bloodthirsty creature known as the Moorwen. Man and monster both seeking revenge for violence committed against them. As the Moorwen ravages the Viking world, killing everything in its path, Kainan forms an unlikely alliance with the primitive but fierce warriors. Combining his advanced technology with ancient Iron Age weapons, the hero leads a desperate attempt to kill the monster before it destroys them all. The film is directed and co-written by Howard McCain. In addition to Caviezel, the cast includes Ron Perlman (Hellboy) and John Hurt (V for Vendetta). “Outlander” opens (limited) to theaters on January 23rd. 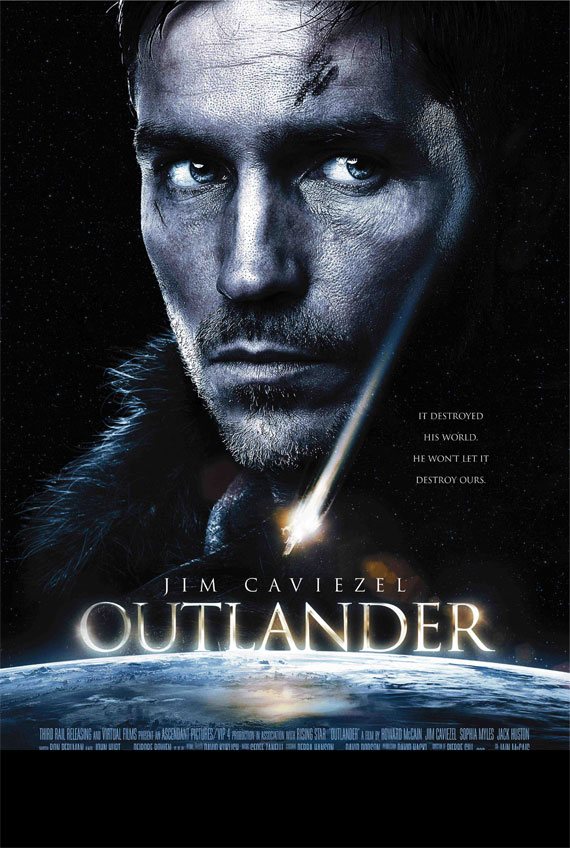