Cruel. Controlling. Commatose. Wow, this looks pretty cool. As you already see from our title, we’re here to share some interesting stuff from Mark Hartley‘s upcoming remake of the well-known 1978 Australian horror movie Patrick! So let us all take a deep breath and check out the first poster for the movie, and a very first image of Sharni Vinson who stars as nurse Kathy in the whole thing! Mark Hartley is in charge for the remake, while a newcomer Justin King stands behind the movie script . While we’re still here at the official part of the story, let us just mention that the original Patrick was directed by Richard Franklin, but the good thing is that this new version is being overseen by the film’s original producer Antony I. Ginnane. So we guess that nothing could go wrong. 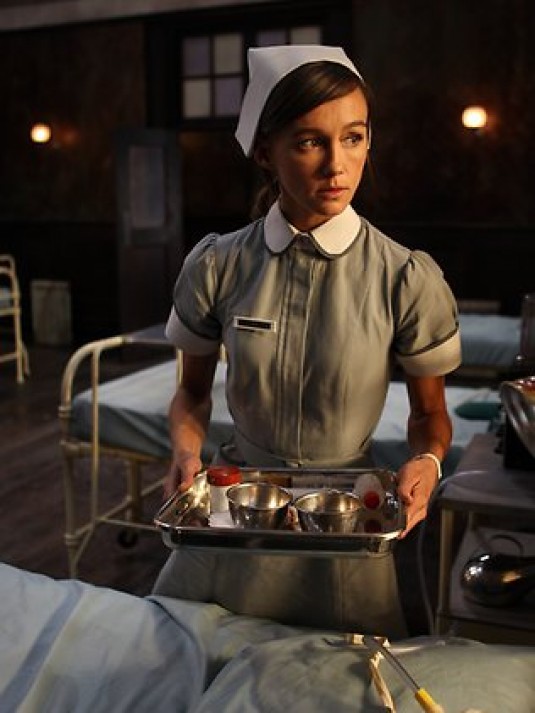 Patrick is a sophisticated thriller that begins with the mysterious disappearance of a nurse at a remote private clinic. Kathy takes up the vacant position and is thrust into the formidable company of Matron Cassidy and Dr. Sebastian Roget, a renegade neurologist operating at the fringes of medical society. Kathy is soon put to work caring for a mysterious coma patient simply known as Patrick. Unbeknownst to the young nurse, Patrick has a crush on her, and burgeoning psychic powers and before long his affection will turn into a deadly and bloody obsession.

At this moment we know that Patrick will be released in Australian and New Zealand cinemas on October 17th, 2013. As usual – we’ll keep an eye on the whole thing, so make sure you stay tuned for more updates!