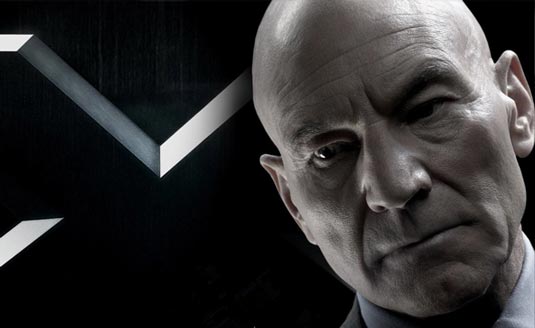 Patrick Stewart will be returning as Professor X! AWESOME! Wait, but what about James McAvoy? Last we heard, Matthew Vaughn is filming a sequel to X-Men: First Class that would be titled X-Men: Days of Future Past — but we had no idea it could include the ‘faces of mutants past’ (or rather future, if you think about it chronologically). But, now there are reports that Stewart spilled the beans at the Montreal Comic Con – when asked by a fan if he would be reprising his role, he responded with this:

However he was ‘mute’ on the details as to where and when. We could easily imagine a scene in Days of Future Past, where we glimpse into a Sentinel-filled future that includes the cast of the original X-Men trilogy. That would be fantastic! Hopefully, we won’t have to give up our precious time with Michael Fassbender as Magneto just yet. So far, X-Men: The Days of Future Past has Jennifer Lawrence, Michael Fassbender, James McAvoy and Jason Flemyng confirmed for cast, so stay tuned!
Continue Reading
Advertisement
You may also like...
Related Topics:Anna Paquin, Famke Janssen, Halle Berry, James McAvoy, jason flemyng, Jennifer Lawrence, Matthew Vaughn, Michael Fassbender, Patrick Stewart, X-Men, X-Men: Days of Future Past, X-Men: First Class