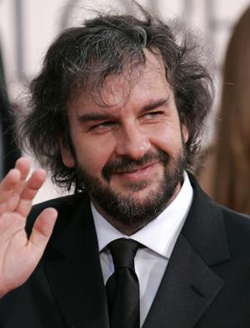 There’s no longer director-mystery-thing when it comes to this project, because Lord of the Rings director Peter Jackson is in negotiation to direct both parts of The Hobbit! Yes, you read it well, and you must agree that it’s kind of fair decision, after director Guillermo del Toro quit the project last month. The Hobbit would be based on the book series by J.R.R. Tolkien. We all know that 3 movies have already been made and they have also tasted commercial success like the books. The Hobbit would be filmed in New Zealand and it would be a 2-part movie. So, Jackson is famous, successful, and from New Zealand. See now why we said it was kind of fair… Del Toro quit the films over repeated delays in production that caused a scheduling conflict with several other projects he had agreed to do. We all had a chance to hear he resigned from the job because the project was stretching and he was tired from the number of unscheduled delays that the project was facing since a long time. MGM was also going through a financially rough patch, which affected the movie schedule. But on the same day del Toro’s announced he was stepping down from the role, Peter Jackson told he hadn’t completely ruled out directing The Hobbit, and added: “If that’s what I have to do to protect Warner Bros’ investment, then obviously that’s one angle which I’ll explore.” He also mentioned it would be difficult as he had signed writer and director contracts for two other unidentified films, and that at the time he “wasn’t anticipating any delay or disruption to pre-production work on The Hobbit”. Is there better indication that the films were on track for releases in December 2012 and December 2013, and does this mean production would probably have to begin by the end of this year? Nothing is official yet, but we definitely hope so! We’ll keep an eye on this project, make sure you stay tuned!
Continue Reading
Advertisement
You may also like...
Related Topics:J.R.R.-Tolkien, Peter Jackson, The Hobbit