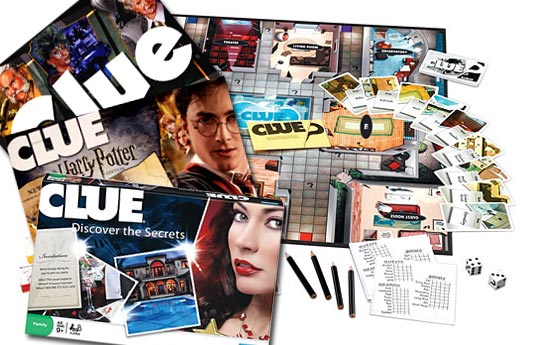 Universal Pictures has attached Gore Verbinski (Pirates of the Caribbean, The Ring) to direct and produce “Clue.” The film will be a live-action murder-mystery based off the Hasbro board game, like the first Clue film made in 1985 and featured a cast that included Tim Curry and Christopher Lloyd, but details weren’t released on this new film version. The board game has users trying to solve the murder of Mr. Boddy, which was carried out by one of the game’s characters: Professor Plum, Ms. White, Col. Mustard, Miss Peacock, Mr. Green or Ms. Scarlet. Released in 1948 by Anthony Pratt, the popular board game went on to earn more that $1 billion worldwide. “Clue” will not be Verbinski’s next film as he will direct the videogame adaptation “Bioshock” first, also at Universal. Hasbro has “Transformers: Revenge of the Fallen” and “G.I. Joe: Rise of Cobra,” both of which will be distributed by Paramount this summer. At Universal, Hasbro hatched “Stretch Armstrong,” which just set Steve Oedekerk as writer; the Ridley Scott-directed “Monopoly”; “Candyland,” which Etan Cohen (“Tropic Thunder”) is writing for Kevin Lima to direct; and “Ouija,” which is being produced by Michael Bay’s Platinum Dunes banner.
Continue Reading
Advertisement
You may also like...
Related Topics:Gore Verbinski