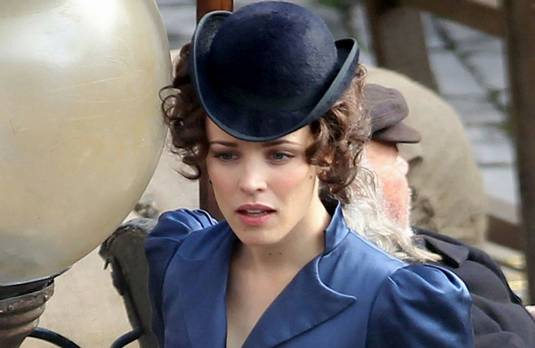 We have heard about the remake of the French drama a few months before the time Love Crime hit theaters in US (September 2nd 2011). It’s obvious that Brian de Palma is wasting no time moving forward on Passion, his remake of above-mentioned psychodrama, which is ready up for a March 5th shoot date in Berlin.

Therefore, Passion will take advantage over The Key Man, the paranoid thriller De Palma was previously set for a late 2011 or early 2012 shoot.

Writer-director De Palma’s version makes a slight change, telling the story of woman who turns murderess when her boss steals her big idea, following the steps of Horrible Bosses, but without the comedy. Of course, De Palma extends much more than premises in his films.

Not since Dressed to Kill have I had a chance to combine eroticism, suspense, mystery and murder into one spell-binding cinematic experience.

McAdams is currently in talks for a role that would be rather Ludivine Sagnier’s part, while Rapace would pick up the role after Kristin Scott Thomas.

Canadian actress, who in 2011 starred in Woody Allen’s rom-com Midnight in Paris and made a cameo appearance in Sherlock Holmes: A Game of Shadows will star in two films in 2012: The Vow, a romantic drama with Channing Tatum that is due out Valentine’s Day and she will also play opposite Ben Affleck in yet untitled another romantic drama written and directed by Terrence Malick.