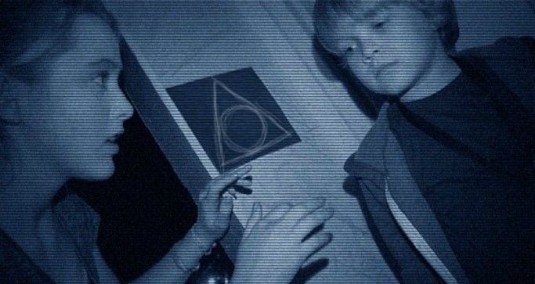 React, react! It’s time to get scared! We have two completely new TV spots for Paranormal Activity 4 movie which opens this month! This month? What the hell, it actually opens next week, so we better hurry up with this report! As you see in our title, this time we have one spooky TV spot (the second one) which includes some reactions from cinema. Have fun! And now some official things about this supernatural thriller (I still believe it’s a horror). It comes from Henry Joost and Ariel Schulman, and is the fourth film in the well-known supernatural franchise. This time, we’re in 2011, which means – five years after Katie killed her boyfriend Micah, sister Kristi, her husband Daniel and took their baby, Hunter (now named Robbie). Story follows Alice and her mom, experiencing weird stuff since the new neighbors (Katie and Robbie) moved in the town. Katie Featherston, Brady Allen, Kathryn Newton and Matt Shively all star in Paranormal Activity 4 which opens on October 19th, 2012.
Continue Reading
Advertisement
You may also like...
Related Topics:Ariel Schulman, Henry Joost, Paranormal Activity 4