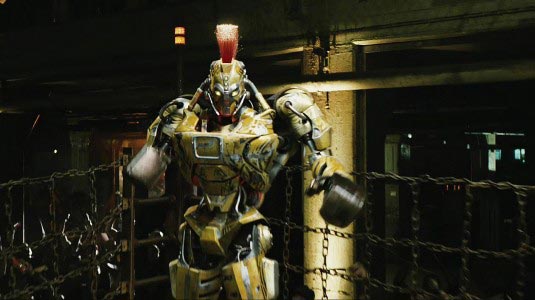 I know, I know, you’re all waiting to hear something new about the Real Steel sequel, so here we are!

DreamWorks studio has hired John Gatins, writer of the first film, to pen the script for the sequel as well. Ok, you’re probably more interested to hear whether Hugh Jackman and director Shawn Levy will be back for the part two, but you’ll still have to wait for that update.

Real Steel opens on October 7, but as you see, they already have plans for the future. According to Deadline, “DreamWorks has gotten strong response to internal screenings of the film, and at a CinemaCon presentation of footage in Las Vegas.”

Ok, now we understand, ‘Rocky-meets-Transformers’ (that’s the way they already describe Real Steel) is a successful one!

Based on a short story by Richard Matheson, Real Steel follows a prize fighter, played by Hugh Jackman, whose skills are rendered obsolete when human boxers are replaced by robots.

The fighter becomes a boxing promoter and finds a discarded robot that wins and wins. The fighter also discovers he has a 13-year old son, who comes along for the ride as the robot heads toward the top against scary competition.

Continue Reading
Advertisement
You may also like...
Related Topics:John Gatins