Simple, but great. That’s the best way to describe the first poster for the upcoming Rise of the Guardians movie which is actually an adaptation of the well known children novel written by William Joyce. I know you love DreamWorks Animation work and I’m sure you’re going to love this new naughty-nice look they’ve created for all of us! In case you’re not so familiar with this project, let me tell you that it’s quite interesting story of a group of heroes – each with extraordinary abilities. When an evil spirit known as Pitch lays down the gauntlet to take over the world, the immortal Guardians must join forces for the first time to protect the hopes, beliefs and imagination of children all over the world. Directed by Peter Ramsey, Rise of the Guardians stars Leonardo DiCaprio, Chris Pine, Hugh Jackman, Jude Law, Alec Baldwin and Isla Fisher. And that, you must admit, is quite serious cast for an epic adventure which is set to open on November 21st, 2012. So, what can I tell you guys, you better believe! 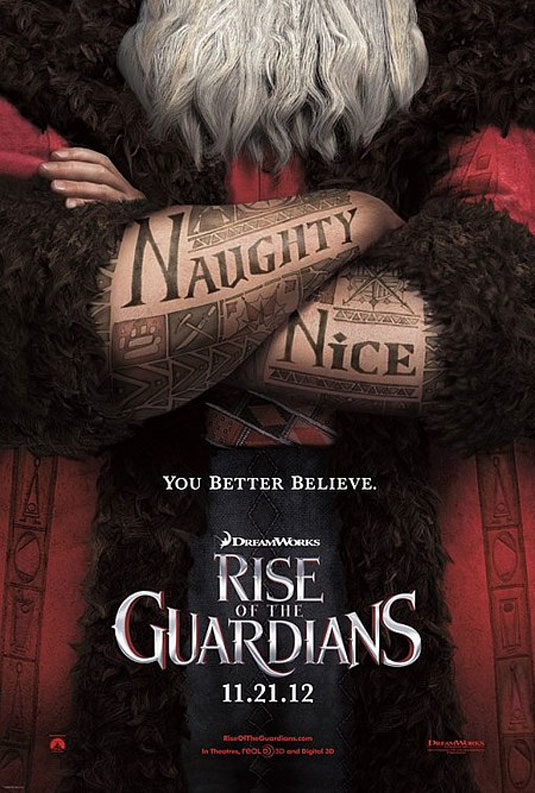