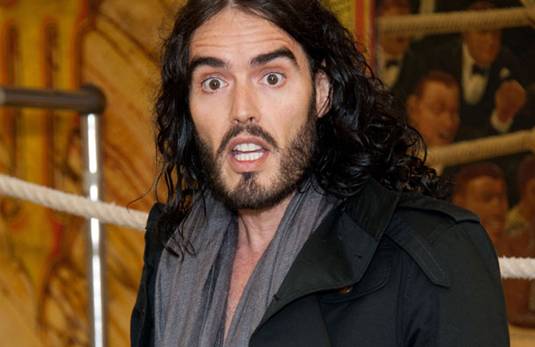 Russell Brand, well-known for various eccentricities and his controversies, became better known to moviegoers when he got a major role in Forgetting Sarah Marshall, which led to a starring role in 2010s Get Him to the Greek. After his failed attempt to bring classic BBC kids’ show Rentaghost (Ben Stiller attached), the Arthur actor is now switched to a new spooky project, jumping aboard supernatural children’s tale, The Hauntrepreneur for Paramount. The flick focuses on a family who hire an ‘hauntrepreneur’ to build a haunted house for them in their new neighborhood. In an attempt to bring the family together, the peculiar man creates a haunted house, which is filled with an odd cast of characters. The project has previously been described as Charlie and the Chocolate Factory meets Beetlejuice. Producer Michael Bay, the man behind the robots fighting movie Transformers, and his team have reportedly been working on a script presented by Scott Rosenberg, writer of Con Air and High Fidelity who sold his original spec script to Paramount last summer. Brand is the only casting announcement to date and the producers are also looking for a director. Brand, on the other hand, will next crop up in Rock of Ages and is also working on a new series on US cable channel FX. He will also co-star in Diablo Cody’s as-yet-untitled directorial debut for Mandate Pictures. [youtube]http://www.youtube.com/watch?v=USxhXb5VC5E[/youtube]