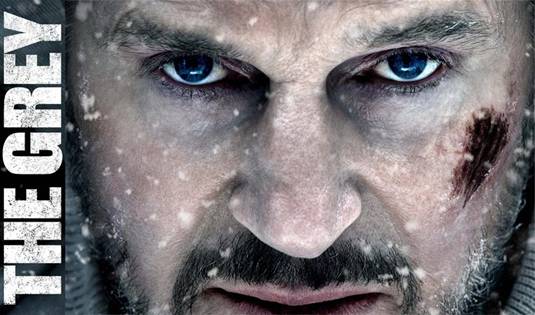 Originally set to star Bradley Cooper, The Grey was shot in British Columbia, on the mountain where temperatures can drop well below zero and winds blasting over 50 miles an hour. So, the co-writer and director Joe Carnahan had no interest in setting up stage sound equipment or snow machines. The Jack London-inspired depiction of humans against the elements stars Liam Neeson, genuine 59-year-old action hero. The Grey hits theaters on Friday, January 27th, 2012, but with such strong Oscar buzz surrounding Neeson’s performance, Carnahan considered a limited release in 2011 to let him become eligible contender for Best Actor Award. Put another way, the studio will re-release the film sometime during October to remind the Academy that The Grey is still out there and that Neeson’s portrayal of heartbroken loner named John Ottway is definitely Oscar nomination worthy, at the least. Therefore, Carnahan said:

We didn’t have (everything) set, (so) we said let’s just release it when it’s all ready. It’s nice to even be mentioned, the idea that people even think it’s awards-worthy. That’s flattering. Open Road has said flat out and sort of scrawled it in blood that they’re going to release the film in October 2012 for a qualifying run, which is great.

Something like Deliverance (1972) with a snow and wolves, call The Grey a solid January surprise. 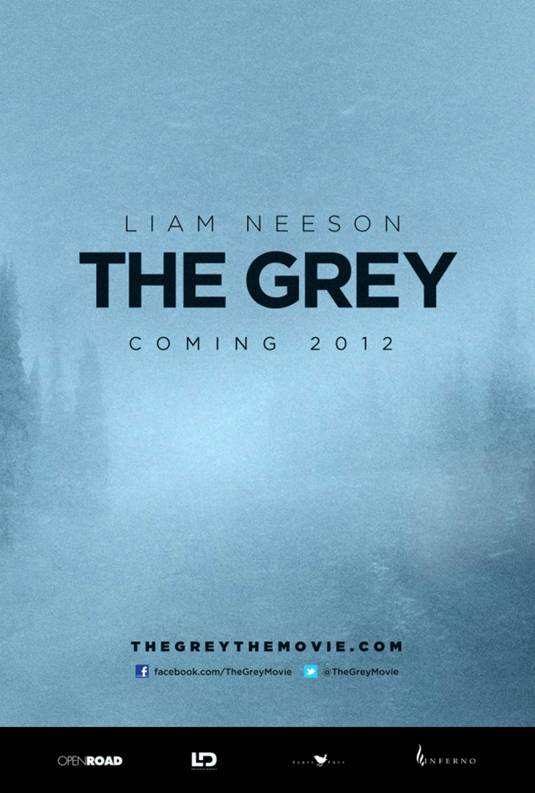