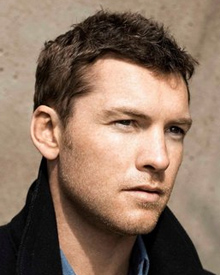 This Means War is an upcoming Fox’s action romantic comedy, to be directed by McG. And we have no problem with that. But, we’re kind of surprised to hear that Sam Worthington (yes, Avatar – man) is in talks to join this project, that “centers on two best friends who have been inseparable since childhood and who find themselves fighting over the same woman.” Sounds strange? Whatever! Once again, This Means War centers on “two best friends who have been inseparable since childhood. They grow up and discover that they’ve fallen in love with the same woman, which causes their close bond to disintegrate. They’re both veteran spies and what goes from a typical love triangle turns into a conflict of epic proportions.” Worthington’s (if he takes on this role) best friend will be Chris Pine, while Oscar winner Reese Witherspoon will play the leading female role. That’s not so bad company after all. On the other hand, looks like this romantic comedy is a priority for Fox, and let us also remind you that the project has been around since 1998, when it was set up as a comedy for Martin Lawrence. The project has also had many directors and writers: Burr Steers, Cormac and Marianne Wibberly, Kiernan and Michele Mulroney, and Tim Dowling. Anyway, This Means War comes to theaters next year, and, after all, maybe it could be fun to see Worthington in this kind of project, hm? We’ll keep an eye on it, make sure you stay tuned!
Continue Reading
Advertisement
You may also like...
Related Topics:Chris Pine, McG, Reese Witherspoon, Sam Worthington, This Means War