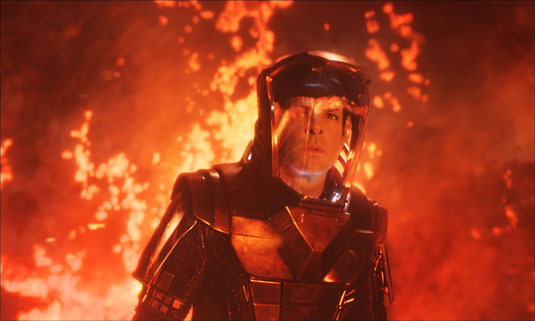 Here we have a few images from J.J. Abrams‘ Star Trek Into Darkness, scanned from the May 2013 issue of Empire Magazine, courtesy of Nerdy Geek from Twitter. Hit the jump to check them out, featuring Kirk, Sulu, Chekov and Spock. Synopsis: