17 hours after Ben Affleck was announced as the new Batman, Hollywood trades reported that Warner Bros. have entered into negotiations with Crazy Heart helmer Scott Cooper to replace Affleck on the feature film adaptation of the Stephen King novel The Stand and rewrite its current script. Affleck who is spending two hours a day in the gym to get his physique ready for the iconic role in the Zack Snyder-directed film, admitted that he was having a difficult time compressing King’s giant apocalyptic novel into a manageable script. What does it mean? Did he ever turn in a page of ‘The Stand’? Is Cooper starting fresh? I doubt we will ever know this. However, Affleck has officially withdrawn from the project that Harry Potter director David Yates was initially flirting with. An exciting young filmmaker  is best known for writing and directing Jeff Bridges for 2009s drama Crazy Heart. His latest film, the drama Out of the Furnace, stars Christian Bale and Casey Affleck and opens in theaters later this fall. One imagines The Stand will be at the top of his list of future projects. We don’t know if this will be one film or two. King’s novel follows ‘the apocalyptic story of a government-engineered virus that is accidentally let loose and kills 99% of the human population within a matter of weeks. In the summer after the disaster, what’s left of mankind begins to form two camps in America—one in Boulder, Colorado, is led by an elderly woman who claims to be an agent of God, while the other congregates in Las Vegas under the leadership of Randall Flagg, a demonic being who figures heavily in King’s Dark Tower series. The two groups, one good and one evil, eventually build towards the titular stand.’ Stay tuned for casting news as they develop. 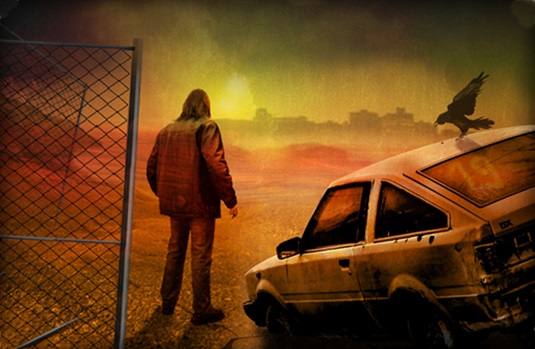