Robert Baruc, President of Screen Media Films, announced today that Screen Media has acquired North American rights for John Gray’s White Irish Drinkers, a gritty coming of age story about working-class Brooklyn brothers, whose involvement in a risky crime may be their only escape from their volatile Irish family. The film stars newcomers Nick Thurston, Geoff Wigdor and Leslie Murphy, alongside veterans Stephen Lang, Karen Allen, and Peter Riegert. The film premiered at the 2010 Toronto International Film Festival and won the Audience Award at the 2010 Woodstock Film Festival, and was just nominated for the Gotham Genius Award. Screen Media will release the film theatrically in Spring 2011. It’s early autumn of 1975 in Brooklyn and 18 year-old Brian Leary (Nick Thurston) is killing time, pulling off petty crimes with his street tough older brother Danny (Geoff Wigdor), whom he both idolizes and fears. They both live with their parents, Paddy (Stephen Lang), a longshoreman, and his long suffering wife, Margaret (Karen Allen) who puts up with Paddy’s drinking and abusive behavior, especially to her and Danny. Though Paddy has never been physically abusive to Brian, every time he sees his brother’s suffering, his heart breaks a little more. Brian works for Whitey (Peter Riegert) at the failing Lafayette movie theater. Owing money to local mobsters, Whitey calls in a favor to an old friend who works with The Rolling Stones. They come up with a deal to have the Stones play at Whitey’s theater for one night only before their gig at Madison Square Garden and Brian is put in charge of getting the word out to everyone in the neighborhood. In the twists and turns that follow on the night of the concert, both brothers must reexamine their dreams, and make decisions that will change their lives forever.

“It’s been a ten year journey for me getting to make this film… it’s about the world I grew up in but it’s also about choices, about whether or not you can, or should, escape your environment. We’ve been overwhelmed by the audience response to the film on the festival circuit, so we’re really excited to have Screen Media now shepherding its theatrical release.”

“We had several offers on the table and Screen Media was ahead of the pack with their passion and understanding of our film. We look forward to rolling up our sleeves and working side by side with Screen Media.”

Upon acquisition of the title, Baruc stated

“We are proud to be involved with “White Irish Drinkers.” This is the kind of film we seek out; a film with a powerful story and strong performances, that resonate with an audience. This film is a gem.”

The deal was negotiated by Josh Braun of Submarine Entertainment on behalf of the filmmakers with Robert Baruc and Suzanne Blech of Screen Media. 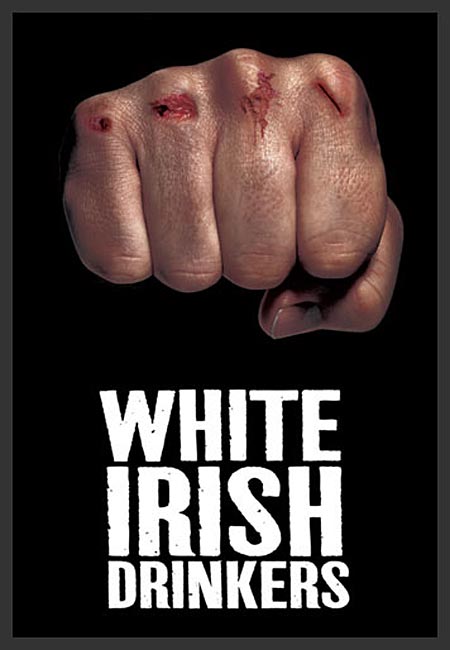