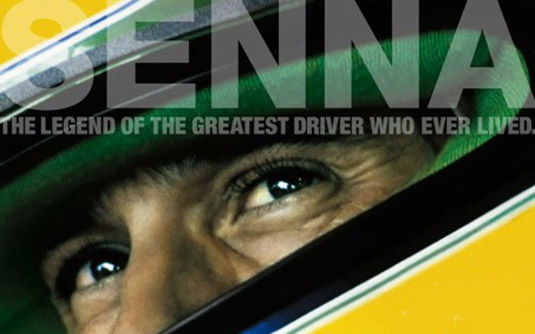 Ok, maybe this is not something that we’re all talking about, because, you know, it’s just another documentary, and people hate to talk about the true life stories, especially when they’re not in 3D. But we need to have a little chat about the upcoming Asif Kapadia’s project titled Senna that won the World Cinema Audience Award for Documentary. So check out below, here’s the Senna trailer. Of course, this documentary follows the life of the legendary Brazilian racing driver Ayrton Senna, a three-time Formula One world champion, who is widely regarded as one of the greatest drivers of all time. Senna was killed in a crash while leading the 1994 San Marino Grand Prix and is the last driver to die at the wheel of a Formula One car. He was recognised for his qualifying speed over one lap and from 1989 until 2006 held the record for most pole positions. He was especially quick in wet conditions, as shown by his performances in the 1984 Monaco Grand Prix, the 1985 Portuguese Grand Prix, and the1993 European Grand Prix. He also holds the record for most victories at the prestigious Monaco Grand Prix – six – and is the third most successful driver of all time in terms of race wins. Still, when it comes to this documentary, BAFTA-winning director Asif Kapadia, purposefully only uses stock footage of Senna, an excellent score, and some bits of voice over to construct a classic film narrative and the final product is amazing. That’s why some reviews described this project this way – Senna has so many moments that will give you chills and it is all due to the way that Kapadia is able to manipulate all of this stock footage. What do you think about this trailer? Are you even interested in this kind of projects? Let us know, and stay tuned!