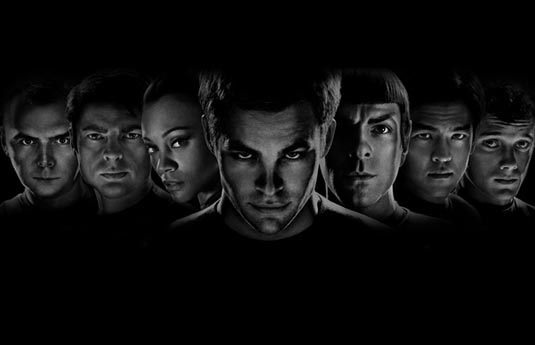 It is a real wonder that J.J. Abrams, director of the upcoming Star Trek Into Darkness (and after that, the first of three new Star Wars movies, if not more), didn’t just deflect the question about Klingons in an interview with MTV. The notoriously close-mouthed Abrams, who sometimes won’t even reveal the title of his movies for the reason only he knows about, confirms this time that Klingons will indeed appear in Star Trek Into Darkness. He says:

Their role in this is definitely adversarial, and you’ll see how that plays out… We had shot some stuff that had Klingons in [our first ‘Star Trek’ film], and we cut the scene. It’s a deleted scene on the DVD. But they’re back in this one.

He also adds a little more about Alice Eve’s Carol Marcus character, who is featured noticeably in all the promos along with the main cast:

[She’s] someone who is part of the adventure. Her role is important. She wouldn’t be in the movie otherwise.

In addition to that whole Benedict Cumberbatch as Khan talk that the Internet can’t seem to get enough of, Marcus originally appeared in 1982’s Star Trek II: The Wrath of Khan, and was shown to have a major history with Kirk. I guess it makes sense she’s the love interest in this one, since Uhura and Spock are already coupled up. Can’t have Captain Kirk running around without some skirt to chase, after all. Star Trek Into Darkness hits the theaters on May 17th, 2013 and it also stars Zoe Saldana, Chris Pine, Zachary Quinto, Karl Urban, Simon Pegg, John Cho and Anton Yelchin.