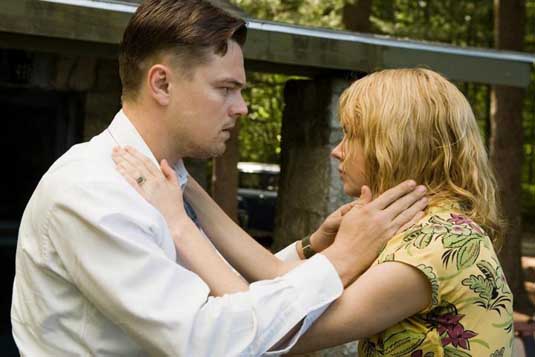 Here’s a brand new TV spot for Shutter Island which will will air during Super Bowl XLIV. The upcoming psychological thriller is directed by Martin Scorcese. This is Laeta Kalogridis‘ adaptation of Dennis Lehane’s 2003 novel of the same name. The movie stars Leonardo DiCaprio, Mark Ruffalo, Ben Kingsley, Michelle Williams, Patricia Clarkson and Max von Sydow. The film follows the story of U.S. Marshall Teddy Daniels (DiCaprio), who is investigating the disappearance of a murderess who escaped from a hospital for the criminally insane and is presumed to be hiding on the remote Shutter Island. Before long he wonders whether he hasn’t been brought there as part of a twisted plot by hospital doctors whose radical treatments range from unethical to illegal to downright sinister. And as you can see in the trailer below, Teddy quickly goes from guest to prisoner as the twisted nature of this instituation begins to unravel before his eyes. The thriller opens in theaters on February 19, 2010.
Continue Reading
Advertisement
You may also like...
Related Topics:Ben Kingsley, Leonardo DiCaprio, Mark Ruffalo, Michelle Williams, Shutter Island