The first poster for Richard Kelly-directed “The Box” is online. Based on the short story “Button, Button” by Richard Matheson (“Duel,” “I am Legend“), “The Box” stars Cameron Diaz as Norma Lewis and James Marsden as Arthur Lewis, a suburban couple with a young child who receive a simple wooden box as a gift, which bears fatal and irrevocable consequences. A mysterious stranger (Frank Langella) delivers the message that the box promises to bestow upon its owner $1 million with the press of a button. But, pressing this button will simultaneously cause the death of another human being somewhere in the world…someone they don’t know. With just 24 hours to have the box in their possession, Norma and Arthur find themselves in the cross-hairs of a startling moral dilemma and must face the true nature of their humanity. “The Box” which also stars James Rebhorn, Gillian Jacobs, Holmes Osborne and Celia Weston is scheduled to hit theaters on October 30th 2009. 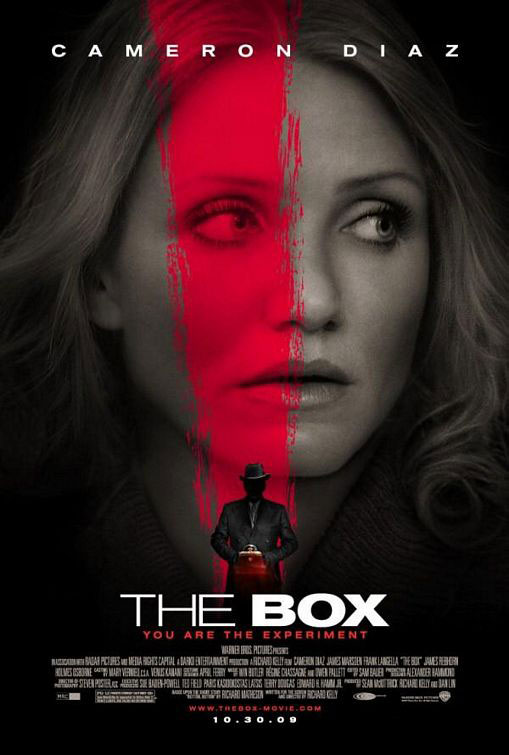