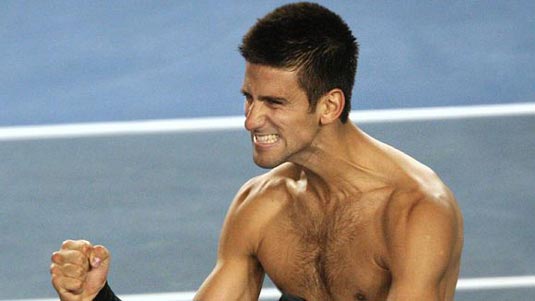 I know this sounds unbelievable, but it’s going to happen. Novak Djokovic, world’s number one tennis player will make his acting debut in the upcoming Simon West directed The Expendables 2.

And no, it’s not a bad joke, Djokovic is on set in Bulgaria where the sequel is currently filming. Not a long trip for Djokovic, since Bulgaria is right next to Serbia where he comes from.

Of course, we’re talking about a cameo role – the tennis champion will actually play himself, although I’m a bit confused with the description that follows this news:

“Djokovic will play part of a bad guy in the movie after getting an invitation from producer and star Stallone.”

Anyway, let’s stick to the facts at this moment and say there are still no details of Djokovic’s role which is obviously only the minor one and won’t last more then a week as filming in Bulgaria is set to wrap on Friday.

Filming will then move to China and it looks that’s the part where Jet Li finally comes on board. So, anyone likes this news, or what? Let us know and stay tuned!