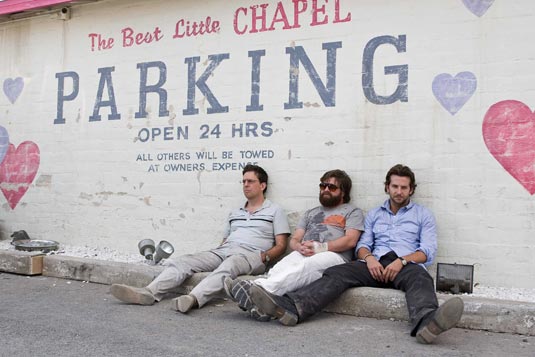 Hilarious new full trailer for comedy “The Hangover” starring Zach Galifianakis, Bradley Cooper, and Ed Helms is online. Two days before his wedding, Doug and his three friends drive to Las Vegas for a blow-out bachelor party they’ll never forget. But, in fact, when the three groomsmen wake up the next morning, they can’t remember a thing. For some reason, they find a tiger in the bathroom and a six-month-old baby in the closet of their suite at Caesars Palace. The one thing they can’t find is Doug. With no clue as to what transpired and little time to spare, the trio must retrace their hazy steps and all their bad decisions in order to figure out where things went wrong and hopefully get Doug back to L.A. in time to walk down the aisle. “The Hangover” comedy directed by Todd Phillips from the script by Jon Lucas will hit theaters on June 5, 2009. 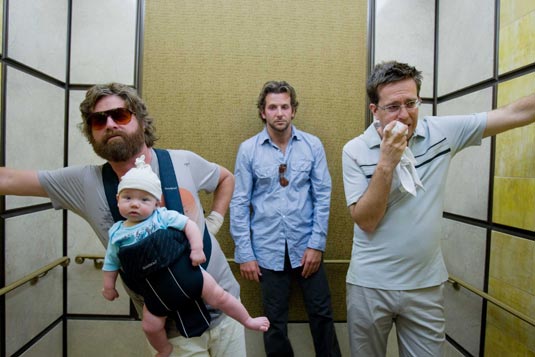