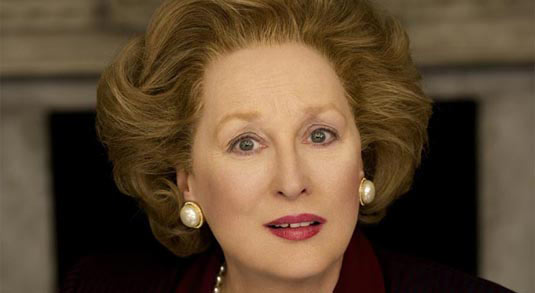 When it comes to the upcoming intimate portrait of Margaret Thatcher (as they already describe it) the only thing I’m definitely interested in is great Meryl Streep and her absolutely fabulous performance (should I add – as usual?). Trust me, that’s not hard to guess, not just from previous trailers of The Iron Lady we’ve shared with you already but from this fresh TV spot, as well. As you already know, Streep stars as the first and only female Prime Minister of the United Kingdom. One of the 20th century’s most famous and influential women who came from nowhere to smash through barriers of gender and class to be heard in a male dominated world. So, what do you think – Streep is electrifying? Astonishing? Magnificent? Or just extraordinary? Phyllida Lloyd directed movie also stars Iain Glen, Harry Lloyd, Anthony Head, Richard E. Grant, Olivia Colman and Ronald Reagan and is set to open on December 30th, 2011.
Continue Reading
Advertisement
You may also like...
Related Topics:Meryl Streep, Phyllida Lloyd, Ronald Reagan, The Iron Lady