The Reluctant Fundamentalist is an upcoming political thriller based on the novel of the same name by Mohsin Hamid. The movie, which comes from director Mira Nair, opened last year’s Venice Film Festival and is set to open in limited theaters this April. We finally have the first trailer, some pretty cool images and a completely new poster to share – so make sure you check them all out in the rest of this report!

Mira Nair directed the movie from a script written by William Wheeler and Ami Boghani, and the movie tells a story of a young Pakistani man chasing corporate success on Wall Street. He ultimately finds himself embroiled in a conflict between his American dream, a hostage crisis and the enduring call of his family’s homeland. Starring Riz Ahmed, Kate Hudson, Kiefer Sutherland and Liev Schreiber, The Reluctant Fundamentalist is set to open in limited theaters on April 26th, 2013. 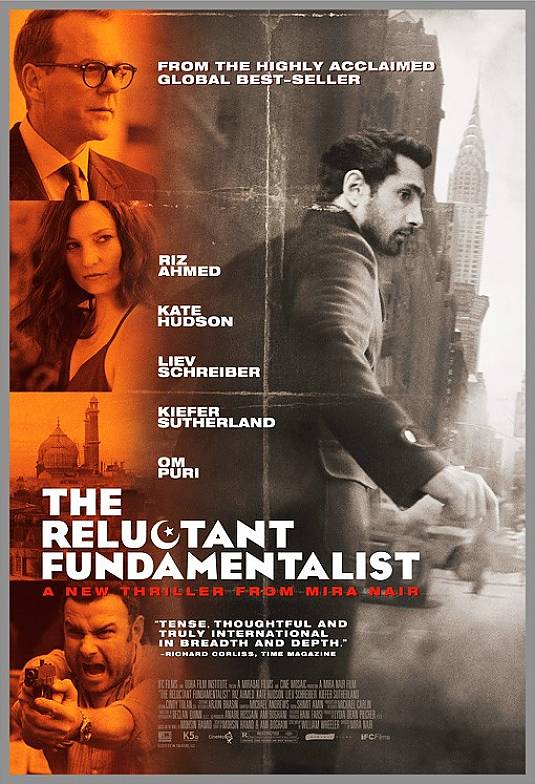