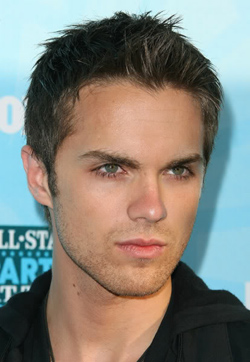 Finally something new about Footloose remake! Thomas Dekker seems to be the latest top candidate to play Bacon’s classic character from the original film. Sounds good? We all remember this 22-year-old actor from Nightmare on Elm Street remake, so maybe he could be just the perfect guy to play Ren McCormak, a “dance-happy outsider who shakes up a small town” well-known character from the 1984 original. So what do we actually know about this project so far? We know that Hustle and Flow director Craig Brewer has signed on to direct a remake for Paramount, the project that initially had been set up for High School Musical director Kenny Ortega and envisioned as a lighter, musical-theater-style piece. Brewer sought to return the film to its original drama, wrapped up in teen angst, parental control, religious repression, and small-town malaise. When it comes to cast, we know that Zac Efron and Chace Crawford have both been linked to the film, but in the last few months they’ve passed. Looks like Efron decided to go in a less musical direction in his career, while Crawford was forced to drop out of the film due to scheduling conflicts with the television show Gossip Girl. Let’s all remind the story: “Kevin Bacon stars as a hip city kid who ends up in a Bible-belt town after his parents divorce. An ill fit for a conservative community where rock is frowned upon and dancing is forbidden, Bacon’s character rallies the kids and takes on the establishment. Between a good cast really embracing the drama of Dean Pitchford’s screenplay, and director Herbert Ross’s imaginative, highly charged way of shooting the dance numbers, you can get lost in this all-ages confection, and you won’t even mind Kenny Loggins’s bubbly pop. Bonuses include one of John Lithgow’s best performances, and Christopher Penn as a good-natured hick who learns to boogie. “ Brewer and Paramount President of Production Adam Goodman want to make the movie a straight-up drama, rather than a showcase for singing and dancing. That’s why we’ll be right here to keep an eye on them, so make sure you stay tuned!
Continue Reading
Advertisement
You may also like...
Related Topics:Footloose, Kevin Bacon, Thomas Dekker