Today we have for your a new trailer and poster for upcoming comedy film Tim & Eric’s Billion Dollar Movie.

Directed by Tim Heidecker and Eric Wareheim – creators of Tim and Eric Awesome Show, Great Job!, the film is a meta exercise about two men who are given a billion dollars to make a movie and do their best to make it happen.

Here’s the synopsis from the film:

Tim and Eric are given a billion dollars to make a movie, but squander every dime… and the sinister Schlaaang corporation is pissed. Their lives at stake, the guys skip town in search of a way to pay the money back. When they happen upon a chance to rehabilitate a bankrupt mall full of vagrants, bizarre stores and a man-eating wolf that stalks the food court, they see dollar signs — a billion of them. 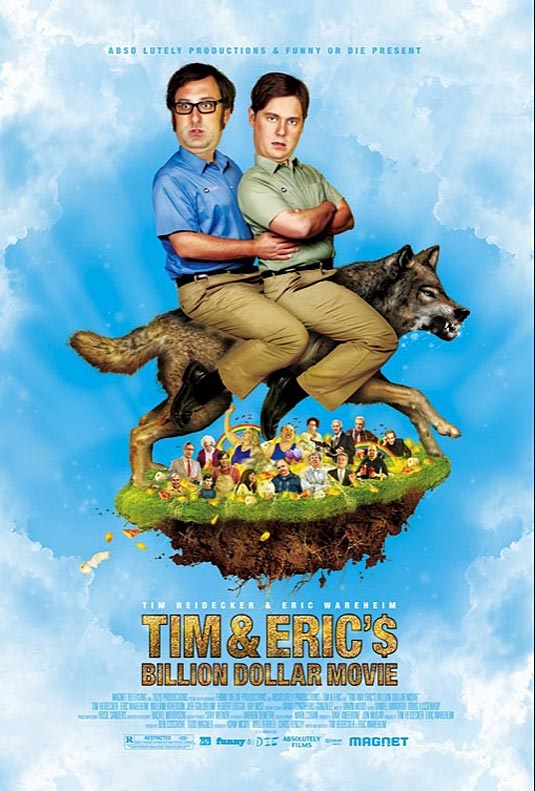