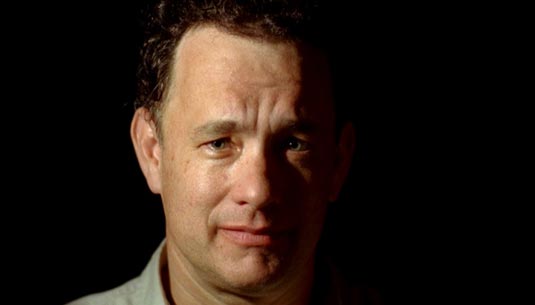 Here’s one long title – A Captain’s Duty: Somali Pirates, Navy SEALs, and Dangerous Days at Sea. Why should you remember it? Well, because you love Tom Hanks, and according to the latest reports, Hanks is attached to star in Sony Pictures’ upcoming adaptation of Richard Phillips’ memoir of the same name (don’t make us repeat that once again!). So, we’re talking about Hanks as Captain Richard Phillips, commander of the Maersk Alabama. The vessel was seized by pirates in 2009 and Phillips was eventually rescued when a team of Navy snipers took out the pirates in an attack launched at sea. Billy Ray wrote the script for the upcoming movie that has an awesome producing team on board – Scott Rudin, Michael De Luca, Dana Brunetti and Kevin Spacey (the same team behind The Social Network). And they guarantee we’ll get a strong director on board as well. In the meanwhile, here’s a little description: “It was absolutely inevitable that Captain Philips of the Maersk Alabama would write about the hijacking of his ship by Somali pirates and his ordeal as their hostage. A mariner of 30 years’ experience when his ship was taken, he had in place all the security precautions to keep his crew safe and hidden. This left him as the only possible hostage and led to an ordeal of several days in a lifeboat in the hands of pirates whom he portrays, with compassion and balance, as alternately conciliatory, vicious, and simply not all there. Meanwhile, the U.S. Navy assembled a task force large enough to fight a small war, and tension steadily rose, as did Phillips’ fear for his life. The pirate leader decamped, and the other three died in a classic hostage rescue by U.S. Navy SEALs. Phillips then entered the media typhoon his family and friends had already been enduring—his wife, Andrea, deserves her own laurel wreath for invincible loyalty and determination—but in the end escaped that, too. He is last seen hanging out the washing because Andrea has to make it to work, and one closes the book with an overpowering sense that this time, for once, the good guys won.” We’ll keep an eye on A Captain’s Duty: Somali Pirates project, stay tuned for more updates!