Arrived at WonderCon to promote Oblivion, ended up talking about Tron: Legacy sequel… Almost like a perfect oneliner for ‘Bad luck Brian’ meme – if this could be called ‘bad luck’, heheh. I am talking, of course, about director Joseph Kosinski, whose sci-fi epic almost ended up at Disney’s, but they passed it – deeming the subject matter to be too adult. No such barriers with Tron: Legacy, which earned $400M worldwide on a $170M production budget, back in 2010. Disney expected a bigger box-office earnings (evil empire!) from the Tron sequel, which is why three years have passed since Legacy and we’re hearing only vague hints of a sequel. But, might this be a subject to a change soon? Kosinski gives us an update, thanks to Latino Review:

“We’ve been working on the story for four years now. The first draft, [in which] Jesse Wigutow is writing it, is supposed to come in the next couple of weeks so the idea we have is really exciting. It has to be pretty exciting enough to get everyone back together. Those are pretty hard movies to make. Legacy was almost three years. We got a really exciting idea for it. As long as the script can kind of deliver on that—the interest is there on the studio side. It’s going to have enough creative juices to have in order to dive back in. We got some exciting ideas—so we’ll see.”

Doesn’t sound like a ringing endorsement but as Kosinski said if Wigutow’s (It Runs in the Family) script is stunning, maybe we’ll be hearing about a fast-tracking sequel to Legacy in the coming weeks. Hopefully, this is a project that will happen sooner rather than later. 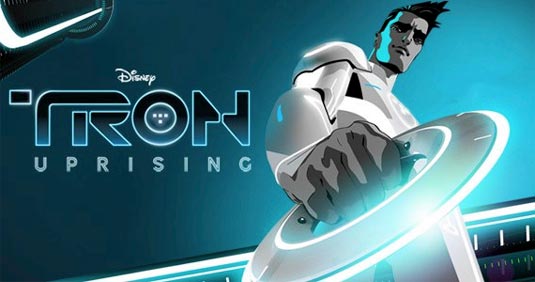 In another related news, the second season of Tron: Uprising animated prequel has been cancelled, it appears, which is really a shame. You’ve guessed it right – due to low (I really cannot imagine HOW) ratings. But, producer Edward Kitsis has offered a small glimmer of hope for the show, saying the show isn’t cancelled yet:

“I don’t know what the future [of Tron: Uprising] is now. I know at the present, I can say we need more viewers….The problem is, not enough people are watching it…At this point, I don’t believe its fate has been decided. So if people keep watching, then there’s still a chance. Please watch. Tell your friends!”

That’s one downside of TV series – no matter how many people watch it, regularly or through whatever means they manage (just to remind you – I’m pointing at you, TV networks’ executives! – there IS a world outside of U.S., and I can bet that majority of many cancelled series was exactly there; but, as these are rarely available on TV networks outside of English-speaking areas of the world, and people there are having a hard time finding a way to watch their favourite show), if it hasn’t gotten astronomical ratings in U.S., the rest of the world – you can forget about it. Such was the case with Legend of the Seeker series, who HAD quite a fanbase, but still got cancelled “due to low ratings” in spite of millions of people watching it. So maybe, TV execs, you should finally start paying attention to them, if you want that rating so much, and then everyone will be satisfied.

CBS’ UNDER THE DOME to Explore Faith, Fear and Fascism
Paramount Moving Ahead With G.I. JOE: RETALIATION Sequel
Advertisement