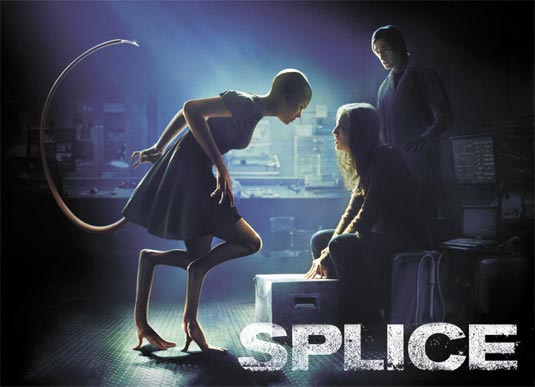 Below we have two new posters for the upcoming psychological Sci Fi thriller Splice. The posters features Dren (Delphine Chaneac), the creature developed from a deformed female infant into a beautiful but dangerous winged human-chimera. She’s more like beauty and the beast, and she has sign danger written all over herself. In the film, Clive (Adrien Brody) and Elsa (Sarah Polley) are superstars of the genetic engineering world. They specialize in splicing together DNA from different animals to create fantastical new hybrids. The charismatic couple wants to use human DNA in a new hybrid – something that could yield astronomical medical benefits. The pharmaceutical company that funds their research, however, is more interested in exploiting their earlier triumphs for easier, short-term profit. Clive and Elsa secretly conduct their own experiment. The result is Dren: an amazing creature who exhibits an array of unexpected developments, both physical and intellectual. Dren exceeds their wildest dreams… and, ultimately, their most terrifying nightmare. It’s all directed by Vincenzo Natali, the twisted mind who brought us the thoroughly creepy Cube. Warner Bros. Pictures will open Splice in US on June 4, 2010. 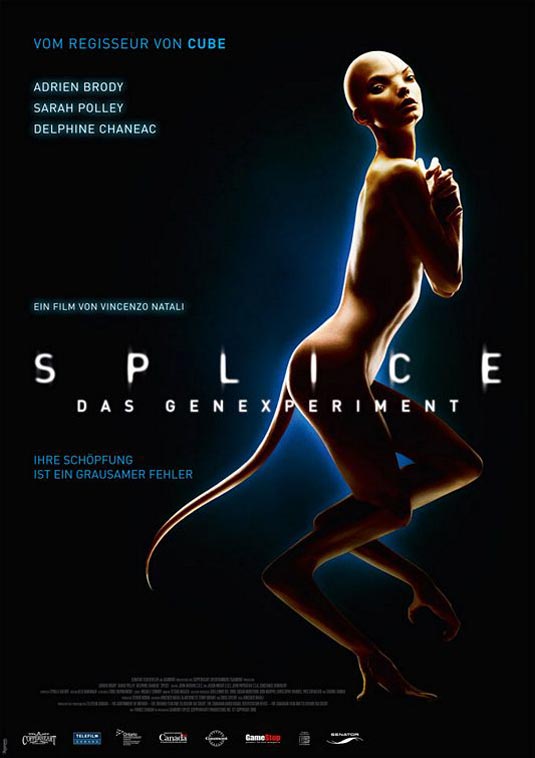