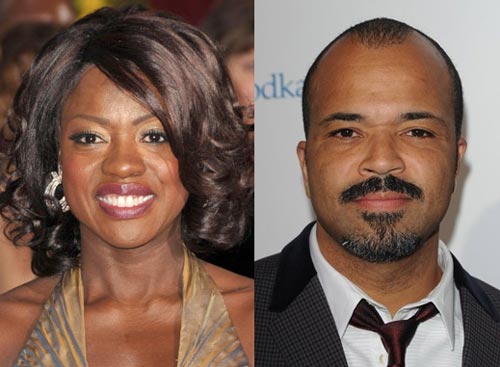 I’m sure you all remember our previous reports about this project, so let’s get straight to the newest casting update!   Viola Davis and Jeffery Wright have joined the cast of the upcoming Stephen Daldry’s adaptation of Jonathan Safran Foer’s novel Extremely Loud and Incredibly Close. They will join cast that already includes Tom Hanks, Sandra Bullock, John Goodman and child actor Thomas Horn. Extremely Loud and Incredibly Close tells the story of the nine-year-old Oskar Schell, who has embarked on an urgent, secret mission that will take him through the five boroughs of New York. His goal is to find the lock that matches a mysterious key that belonged to his father, who died in the World Trade Center on the morning of September 11. This seemingly impossible task will bring Oskar into contact with survivors of all sorts on an exhilarating, affecting, often hilarious, and ultimately healing journey. As you probably guess, Horn will play Oskar, with Bullock and Hanks as his parents and Goodman as a doorman who aids Schell on his quest. However, at this moment, still no word about the roles Davis and Wright will take. Make sure you stay tuned for more updates on Extremely Loud and Incredibly Close.
Continue Reading
Advertisement
You may also like...
Related Topics:Extremely Loud and Incredibly Close, Jeffrey Wright, John Goodman, Sandra Bullock, Stephen Daldry, Thomas Horn, Tom Hanks, Viola Davis

One More Race Between Inception and Social Network at French César Awards?
The Man’s Guide to Love Rom/Com by Mark Levin and Jennifer Flackett
Advertisement