Connect with us
Universal Pictures has put up a poster for their upcoming “Wanted” movie and we now have a photo of it. It features a shot of James McAvoy holding a gun, as you can see below. 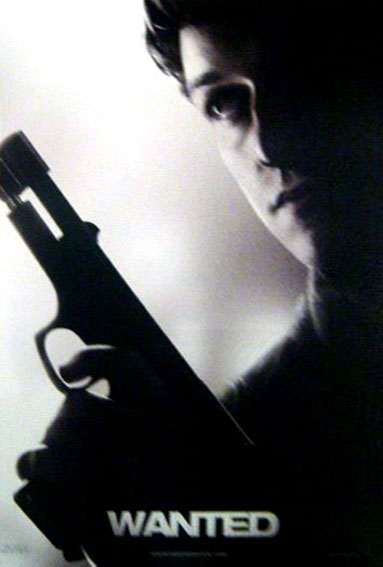 The story revolves around Wes (McAvoy), a disaffected office drone with a boss who hates him and a girlfriend who ignores him. That is until he meets Fox, an assassin played by Angelina Jolie. Following the murder of Wes’s father, Fox recruits him to join the Fraternity, a secret society that teaches Wes to unlock powers of lightning reflexes and enormous speed. But, as with any mysterious sect, the Fraternity is not all it seems. “Wanted” is directed by Russian helmer Timur Bekmambetov, the man behind the popular “Night Watch” and “Day Watch” films. It is scheduled to hit theaters on June 27th.
Continue Reading
Advertisement
You may also like...
Related Topics:Angelina Jolie, James McAvoy, Wanted

‘Mummy 3’ The Poster?
New Trailer For ‘The Strangers’
Advertisement