One moment can stop you dead in your tracks… Huh, this sounds great, indeed. I’m sure you’re going to love this report, simply because we have some great stuff from the upcoming Deadfall movie to share with you today! Two new posters (international look or something like that), two new TV spots and one great featurette are here, so what can I tell you guys – sit down and enjoy!

As you probably already know, Deadfall movie comes from director Stefan Ruzowitzky and has some pretty cool cast on board. Eric Bana, Olivia Wilde, Charlie Hunnam, Sissy Spacek and Kris Kristofferson all star in this drama which is set to hit limited theaters on December 7th, 2012. The movie centers on Bana’s Addison and Wilde’s Liza, siblings who are on the run from a casino heist gone wrong. A car accident leaves their wheel man and a state trooper dead, so they decide to split up and make a run for the Canadian border in the worst of circumstances – a near whiteout blizzard.

Addison heads cross-country, creating mayhem in his wake, while Liza is picked up by ex-boxer Jay, played by Hunnam, en-route for a Thanksgiving homecoming with his parents, June and retired sheriff Chet. It’s there the siblings are reunited in a terse and thrilling showdown that pushes the bonds of family to the limit. That sounds almost romantic, but is actually an awfull thing when you have a bag full of cash! And that’s exactly what you’re going to see in these TV spots, while, as usual, the featurette includes interviews with the leading actors and director Ruzowitzky. When you check all that, make sure you to let me know what you think about Deadfall so far! 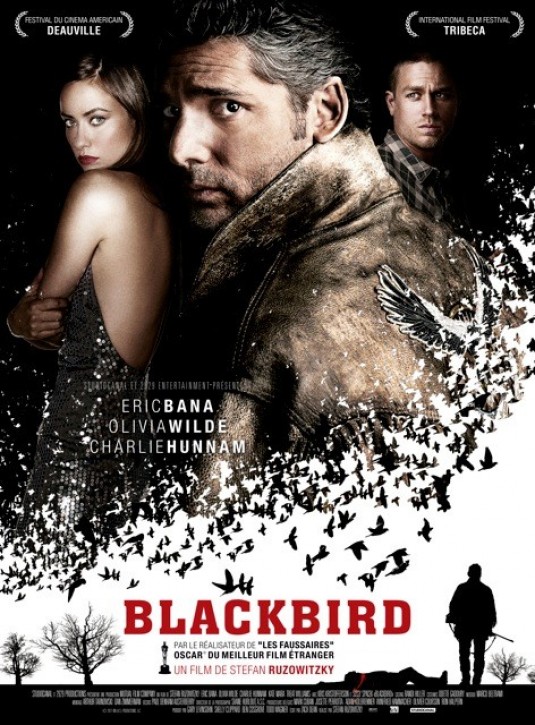