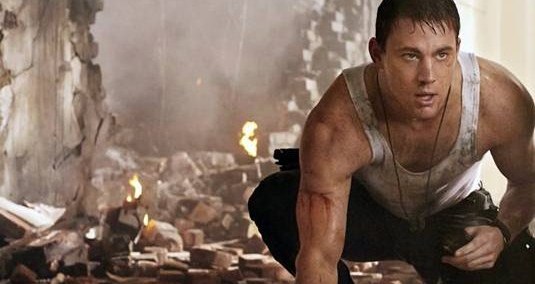 Two new TV spots for White House Down are here, which means only one thing: a loooot of action (read: bombs, explosions and stuff like that) is waiting for you in the rest of this report. Short videos, but who cares when we have another look at the leading duo Channing Tatum and Jamie Foxx, right? Check them out and remember: if you want to take over the world, you start here… Roland Emmerich directed the whole thing from a script written by James Vanderbilt, which revolves around US Capitol Police officer John Cale, played by Tatum, on a dangerous mission. In case you forgot – the action starts when a paramilitary group take over the White House, so Cale must rescue the President, played by Foxx. And, like that’s not enough – he also has to keep his daughter out of danger! Give him a break! Beside Tatum and Foxx, White House Down cast also includes Maggie Gyllenhaal, Jason Clarke, Richard Jenkins and James Woods, and as we previously reported, the movie is set to hit theaters on June 28th, 2013. So, anyone excited about this action-thriller, or what?