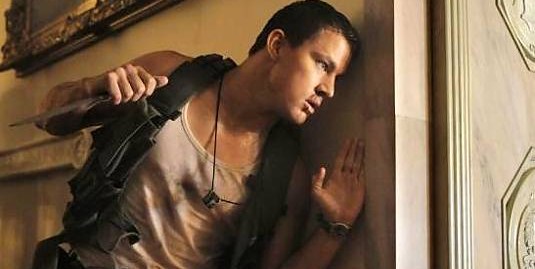 Time for us to take another look at the upcoming action thriller White House Down, which is set to open next month. Roland Emmerich‘s latest movie is definitely worth our full attention, especially because some seriously good cast is on board. And, they all have a very difficult job – to protect the president from a heavily armed group of paramilitary invaders… Emmerich directed the movie from a script written by James Vanderbilt, which revolves around Capitol Policeman John Cale who has just been denied his dream job with the Secret Service of protecting President James Sawyer…

Not wanting to let down his little girl with the news, Cale takes her on a tour of the White House, when the complex is overtaken by a heavily armed paramilitary group. Now, with the nation’s government falling into chaos and time running out, it’s up to Cale to save the president, his daughter, and the country.

Beside Channing Tatum who stars as John Cale and Jamie Foxx as President James Sawyer, the rest of the White House Down cast also includes Maggie Gyllenhaal, Jason Clarke, Richard Jenkins and James Woods, and the movie is set to open on June 28th, 2013. Stay tuned for more updates!