Oscar-winning The Departed screenwriter William Monahan is in final talks to script a big screen adaptation of new John le Carre spy novel A Delicate Truth. The project is being produced by The Ink Factory and developed with BBC Films. The story focuses on the execution and aftermath of a counter-terrorist operation. Many of le Carré’s works have been adapted to the screen including The Tailor Of Panama,The Constant Gardner and Tinker Tailor Soldier Spy that all hit theaters in 2000s, with both A Most Wanted Man and Our Kind of Traitor in post-production, while Smiley’s People is still at the development stage with the same Tinker Tailor actors whose characters would reappear. As for Monahan, he has worked on the upcoming Sin City: A Dame To Kill For and has the remake of Park Chan-wook’s Sympathy For Lady Vengeance and he also penned the remake of The Gambler, which has Todd Phillpps attached to direct. His next directorial effort Mojave is in the works, starring Jason Clarke and Oscar Isaac. The Ink Factory and Somesuch & Co have also produced a teaser trailer for the book, directed by Kim Gehrig that brings together crew from both Skyfall and the film adaptation of le Carré’s Tinker Tailor Soldier Spy. Watch it below. http://www.youtube.com/watch?feature=player_embedded&v=pmviHyqeqJo Here’s the book synopsis:

A Delicate Truth opens in 2008. A counter-terrorist operation, codenamed Wildlife, is being mounted on the British crown colony of Gibraltar. Its purpose: to capture and abduct a high-value jihadist arms-buyer. Its authors: an ambitious Foreign Office Minister, a private defense contractor who is also his bosom friend, and a shady American CIA operative of the evangelical far-right. So delicate is the operation that even the Minister’s personal private secretary, Toby Bell, is not cleared for it. Cornwall, UK, 2011. A disgraced Special Forces Soldier delivers a message from the dead. Was Operation Wildlife the success it was cracked up to be—or a human tragedy that was ruthlessly covered up? Summoned by Sir Christopher (“Kit”) Probyn, retired British diplomat, to his decaying Cornish manor house, and closely observed by Kit’s beautiful daughter, Emily, Toby must choose between his conscience and duty to his Service. If the only thing necessary to the triumph of evil is for good men to do nothing, how can he keep silent? 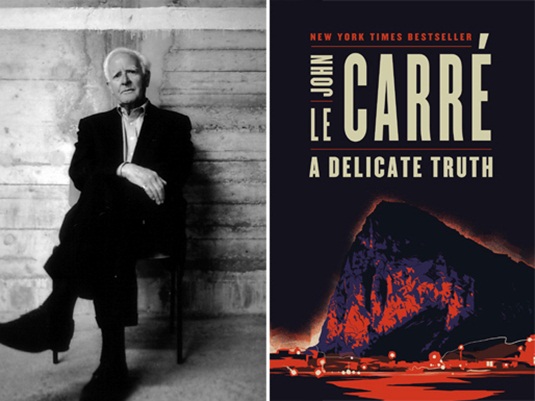