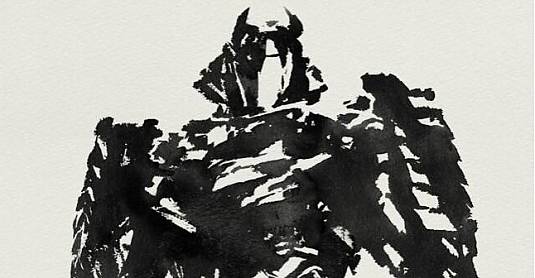 In a recent Twitter chat with fans The Wolverine star Hugh Jackman revealed that his Logan guy is the most badass character out here. I agree. But today we’re not here to talk about Logan, ’cause a brand new poster (one-sheet image) has arrived and is all about Silver Samurai! Head inside to check him out as well as his tachyon energy katana which can cut almost anything… Let’s be honest, every single thing about James Mangold‘s upcoming movie looks awesome. In case you’ve missed our previous reports, I definitely recommend you to take (another) look at that great Japanese trailer as well as some great images and posters for the movie. I will once again remind you that Mangold directs this epic action-adventure from a script written by Mark Bomback and Scott Frank, which takes the most iconic character of the X-Men universe to modern day Japan. Or, if you prefer the official synopsis:

Out of his depth in an unknown world, he will face a host of unexpected and deadly opponents in a life-or-death battle that will leave him forever changed. Vulnerable for the first time and pushed to his physical and emotional limits, he confronts not only lethal samurai steel but also his inner struggle against his own immortality.