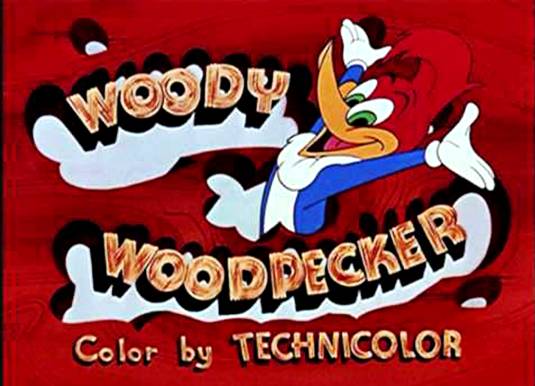 An anthropomorphic acorn woodpecker had been drawn in 1940 by the same Bugs Bunny storyboard artist Ben Bugs. The famous cartoon character lasted for 32 years since the 196th final animation short Bye, Bye, Blackboard, when co-creator Walter Lantz closed his studios and later sold the rights to Universal in 1985. Now, Illumination Entertainment, which is a branch of Universal, is bringing back Woody Woodpecker, a crazy odd laughing bird that was a massive hit in the US during the Second World War. Blades of Glory co-writers, John Altschuler and Dave Krinsky, are in talks to pen the screenplay for a feature film project of the Universal Pictures classic cartoon. There’s no word yet on whether or not the film is planned as a full CGI feature (Despicable Me) or a CGI/live action family film (Hop).

Originally voiced by prolific voice actor Mel Blanc his voice would continue to be used saying ‘Guess who?’ at the beginning of every cartoon for the duration of the series. After Lantz sold the Woody shorts, Universal repackaged them as a new syndicated series in 1987. The Woody Woodpecker theme song was the only song from an animated short subject to be nominated for the Academy Award. According to AceShowbiz, Illumination’s latest animated project The Lorax starring the voices of Zac Efron, Danny DeVito, and Taylor Swiftwill open wide in U.S. theaters on July 27th, 2012. Watch the last Woody Woodpecker short. Stay tuned. [youtube]http://www.youtube.com/watch?v=925toEq0N9A[/youtube]

Continue Reading
Advertisement
You may also like...
Related Topics:Illumination Entertainment