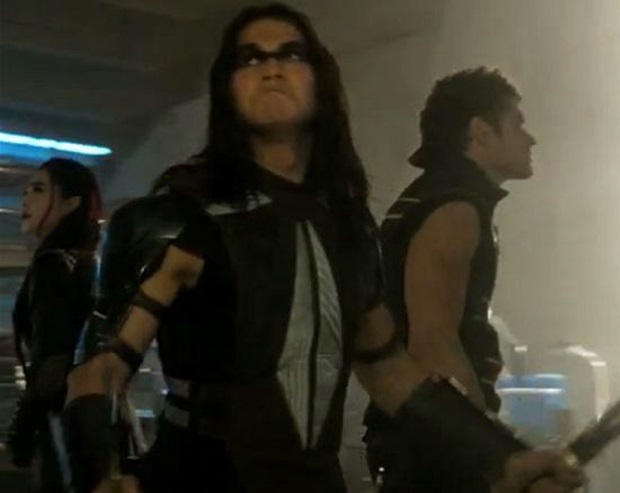 Not really interested in a teaser for a teaser, but keep your eyes peeled while watching , because the clips go by quick. In anticipation of a full day of ‘exclusive reveals’ on Monday, January 27th director Bryan Singer took to Instagram to show off a very brief look at some new footage from X-Men: Days of Future Past. It’s hopefully a new trailer released similar to the way the first trailer a few months back was teased with a short video a few days early. Among those seen in the clip are the original stars Patrick Stewart (Professor X), Ian McKellen (Magneto), Hugh Jackman (Wolverine), Jennifer Lawrence (Mystique) along with the new cast members Boo Boo Stewart and Fan Bingbing as Road Warrior-esque mutants Warpath and Blink. The highly-anticipated film also stars Halley Berry, Nicholas Hoult, Anna Paquin, Ellen Page, Shawn Ashmore, Peter Dinklage, Omar Sy, Daniel Cudmore, Adan Canto, Josh Helman and Lucas Till. They join forces with their younger selves from X-Men: First Class, in an epic battle that must change the past – to save our future. X-Men: Days of Future Past comes to theaters May 23rd, 2014. http://www.youtube.com/watch?v=zse2AydiVYY&list=PLelK7aEMtfK2wpv7tv472alrDpNwO_0jw Also check out the sequel’s official Twitter page promoting a ‘day of surprises.’

The first of its kind, a special reveal by @EmpireMagazine and the #XMen cast is coming up on January 27th! #Empire25 pic.twitter.com/36mCldNjeN

Continue Reading
Advertisement
You may also like...
Related Topics:X-Men: Days of Future Past