We have the first poster for Jim Carrey‘s next movie, “Yes Man,” film based on a book by Danny Wallace. The film is about a man named Carl Allen (Jim Carrey) who takes a self -help program and must say ‘yes’ to anything and everything. “Yes Man” is directed by Peyton Reed, of “Bring It On”, “Down with Love”, and “The Break-Up” previously. The script was written by actor Jarrad Paul (“Living with Fran”), newcomer Andrew Mogel, and fellow director Nicholas Stoller (Forgetting Sarah Marshall). “Yes Man” arrives in theaters on December 19th. 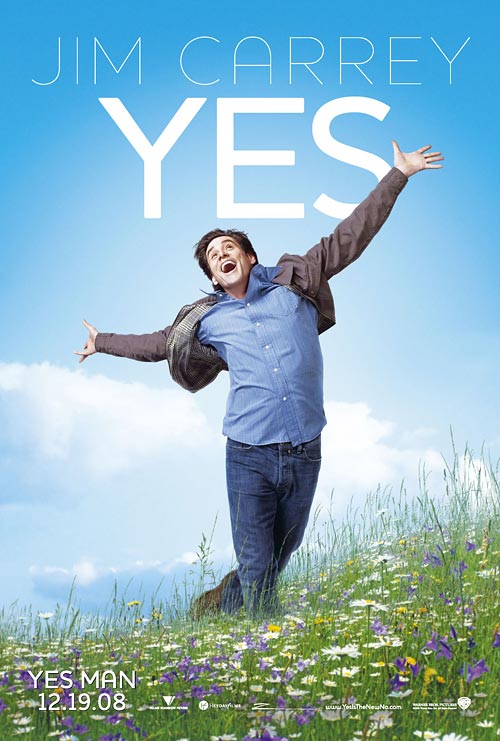