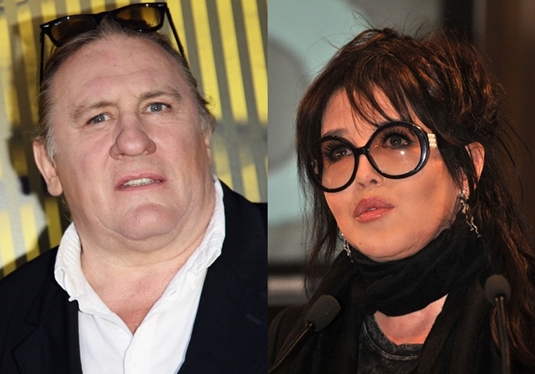 Abel Ferrara, best known as an independent filmmaker of such films as Ms. 45 (1981), King of New York (1990), Bad Lieutenant (1992) and The Funeral (1996) is now re-teaming with screenwriter Christ Zois (New Rose Hotel) to work on a feature script partly inspired by this summer’s Dominique Strauss-Kahn affair. Gérard Depardieu and Isabelle Adjani have been rumored to be circling characters originally based on the scandal-plagued former International Monetary fund chief and his wife Anne Sinclair and have met the director. Vincent Maraval, a co-founder, director and head of acquisitions and sales for Wild Bunch, first broke the news. Earlier this year Ferrara was making 4:44 Last Day On Earth with Wild Bunch. Maraval said:

One thing we do know is that there’s a real common desire amongst Depardieu, Adjani and Ferrara to work together. But like every day in this business, we have to see if there’s a film there. Today, the only reality is that they are writing something inspired by Strauss-Kahn that will focus on addiction and politicians. It’s more that than the Strauss-Kahn scandal itself. If it becomes a serious thing, I’m not even sure it will be the same film with Adjani and Depardieu.

And Oscar-nominated Depardieu who has played Obélix in the three Astérix movies added,

Watch the scene from 4:44 Last Day on Earth, a 2011 drama film directed by Abel Ferrara that competed in competition at the 68th Venice International Film Festival in September. [youtube]http://www.youtube.com/watch?v=XYcWp3KuwgI [/youtube]