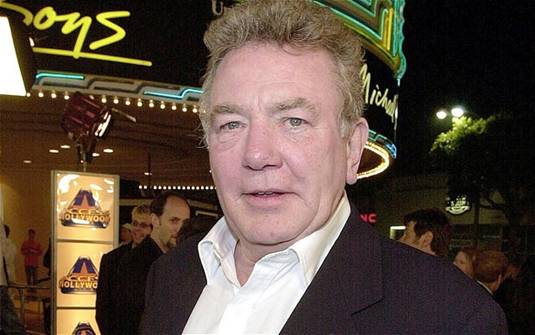 If you still don’t believe that the next James Bond movie has the best talent behind it of any film in the near 50 year history, this will push you over the edge because Albert Finney, the celebrated star of Erin Brockovich and The Bourne Ultimatum, who has been nominated for an Oscar five times, will join the already very impressive cast.

This will mark the legendary Irish thesp’s return to acting after a five year fighting against cancer. The great Finney has landed ‘a reasonably big role’ as a higher-up at the British Foreign Office, and M‘s superior.

Sam Mendes, the first Oscar winner to ever direct a Bond film has attracted astonishing cast that include Daniel Craig leads as 007, Judi Dench is back as M, Rory Kinnear returns as her assistant, Javier Bardem is the villain, French beauty Bérénice Marlohe is the Bond girl, Ralph Fiennes as the head of Q.U.A.N.T.U.M, Naomie Harris, who will play Miss Moneypenny, Helen McCroy and Ben Wishaw in supporting roles.

The 23rd Bond movie, rumored to be called Skyfall and scribed by John Logan (Gladiator) hits theaters on November 9th, 2012, on the 50th anniversary of the first Bond film, Dr No.

The film is rumored to be planning drastic cuts to the action sequences, concentrating on ‘character’ and ‘motivation’ instead. Thanks to The Guardian here’s an early shooting script:

Title sequence: It’s raining. Bond walks slowly along a desolate coastal path. The camera pans to show Blofeld walking slowly in the same direction 100 metres ahead of Bond. They don’t meet. A gunshot doesn’t ring out.

M: How was Suffolk, Bond? Invigorating, I hope.

Bond: No. This overwhelming sense of existential ennui.

M: Tell me about it. Can you imagine what it’s like to be just known as a letter of the alphabet? I’m a person, 007.

Long pause. They turn towards the window as a pigeon flies past.

Bond: What’s happened to us, M? Where’s the carefree James that used to run around blowing up villains and having casual sex? I look in the mirror and see a man in his mid-30s, but inside I feel about 80. I can’t carry on like this.

M: Pull yourself together, Bond. Spectre has threatened to unleash a virus that paralyses the global banking system. Only you can save us.

Cut to … A remote hideaway in northern Sweden. It’s snowing heavily. Blofeld is sitting in the corner of an empty room, stroking a cat.

An avalanche sweeps through the forest to leave only a crucifix standing.

Blofeld: Why do I always come up with these ludicrous plans that I know Bond will thwart? What is it about me that I can’t accept?

Cut to … A semi-detached house in Blackburn. The curtains are drawn but the traffic noise is still audible.

Bond: I can’t go on calling you Pussy. Objectifying you demeans us both. Can’t we just sit and talk instead of exchanging sexual innuendo. You see, I’ve realised Kitty, that is your real name isn’t it?, that shooting guns and sleeping with women is just my way of trying to compensate for having a tiny cock.

Cut to … A deserted cabin on the Kamchatka peninsula. A single light flickers.

Blofeld: (sobbing as he presses the button) Why?

M: Brilliant, 007. Doing nothing ensured the EU could paralyse the banking system before Spectre could get to it. Blofeld’s lost again.

Cut to … It’s raining. Bond walks slowly along a desolate coastal path. The camera pans to show Blofeld walking slowly in the same direction 100 metres ahead of Bond. They don’t meet. A gunshot doesn’t ring out.

Craig Gillespie Left His Poster as Director of the PRIDE AND PREJUDICE Project
Sylvester Stallone To Star In THE TOMB?
Advertisement