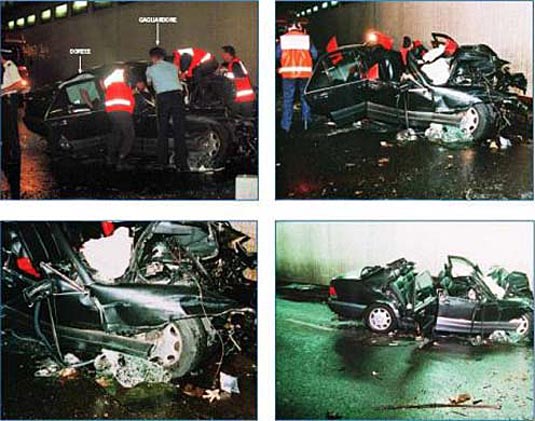 Mark Lane, famed trial lawyer and author of the best-selling book Rush To Judgment, exposing the false conclusions of The Warren Report about the assassination of President Kennedy, was asked to screen the new Keith Allen documentary, “Unlawful Killing,” named after the jury verdict from the formal inquest into the deaths of Princess Diana and Dodi Al Fayed. Lane viewed the film and did extensive research regarding the evidence and concluded that when the film is released in the U.S., it will stun audiences who will see that the crash that killed Diana and Dodi was certainly not an accident.

“After an in-depth review of the film and other research such as transcripts into the deaths,” Lane says, “I feel certain the popular belief that Princess Di and Mr. Al Fayed were killed as a result of being followed by the paparazzi is completely inaccurate. The jurors never mentioned the word paparazzi.”

The inquest jury found that one of the primary factors of the crash was caused by an oncoming vehicle from behind the Mercedes Benz carrying Princess Diana and Dodi Al Fayed. They were not allowed to go into the specific evidence about one of those vehicles being a white Fiat Uno seen by witnesses. The French Police were unable to find the Fiat Uno or its driver. “However, investigators for Mohamed Al Fayed did locate the white Fiat Uno and its owner and possibly the driver, James Andanson, who one courageous key witness, an MI6 agent interviewed for the film, Richard Tomlinson, said (Andanson) was on the books of MI6 as a paid freelancer or contract employee.”

“Andanson’s body was found dead in a burnt out car of an apparent suicide,” Lane says pointing out conflicting technical evidence on the nature of his death. “In addition the fireman, Christophe Pelat, who discovered Andanson’s body stated, ‘I saw him at close range and I’m absolutely convinced that he had been shot in the head.'”

Lane also points to other compelling revelations in the film, that the crime scene was washed down shortly after the crash by fire hoses, that, according to medical experts who testified, it took over an hour and a half to get Diana to a nearby hospital by ambulance and had she been treated earlier she very likely would have lived. She would have been 50 years old today.

Lane, who will publish his findings in a review of the film called “Banned in Britain,” says the film reveals several facts that support its conclusion. “Mainly,” Lane says, “that the fatal crash that killed Diana and Dodi was ever reported to be an ‘accident,’ which it clearly was not.”

“I was also intrigued that the royal family sought to protect itself from the witnesses in the film by making it a serious criminal offense to show ‘Unlawful Killing’ in the United Kingdom. To do so would likely result in years of imprisonment,” Lane concludes.

Continue Reading
Advertisement
You may also like...
Related Topics:Princess Diana