Earlier we posted trailer for the upcoming Solomon Kane movie and today we have a brand new photos. The movie tells the origins of Solomon Kane and is hoped to be the first of a trilogy of movies. When the story opens Kane is a mercenary of Queen Elizabeth I fighting in Africa, but after an encounter with a demon, The Reaper, he realizes he must seek redemption or have his soul damned to Hell. He returns to Engand and lives a life of peace, converting to puritanism, but soon the doings of an evil sorceror upset his plans and he must take up arms again. James Purefoy has been cast as puritan swordsman Solomon Kane in a movie of the same name to be made from the stories of “Conan the Barbarian” creator Robert E. Howard. Kane is a 16th century soldier who learns that his brutal and cruel actions have damned him but is determined to redeem himself by living peaceably. But he finds himself dragged out of retirement for a fight against evil. 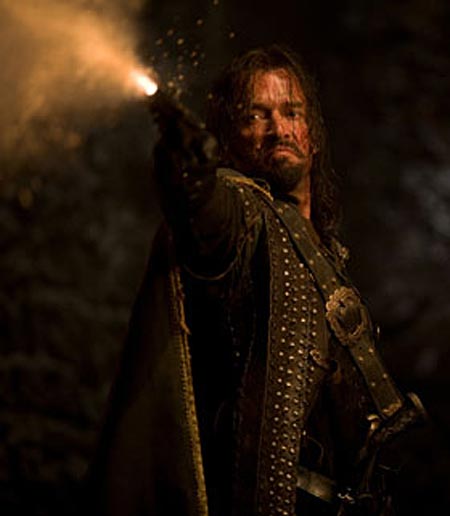