For generations, the people of the City of Ember have flourished in an amazing world of glittering lights – underground. Built as a refuge for humanity and powered by a massive generator – this City will only sustain for 200 years. Now Ember is falling into darkness as the generator fails, and the dazzling lights begin to flicker and fade.

Despite growing concern for the future of their beloved City, Ember¹s students find themselves confronting the next step in their lives. A rite of passage for all graduates, it is Assignment Day, the day on which the Mayor himself will stand before the graduating students as they choose, by lottery, how they will spend their lives working for their society. Lina, praying with all her might to be a messenger, is devastated to be assigned to the Pipeworks, the vast network of pipes underneath the City. Her classmate, Doon Harrow, who wants more than nothing else to work in the Generator, panics when he pulls the messenger assignment. The Pipeworks isn’t the Generator, but it is close enough and Doon offers to swap assignments with Lina. She is thrilled and grateful and eagerly changes jobs. Thus, an unlikely friendship is born, one that, as it blossoms, will change the course of all the lives in Ember.

Lina takes easily to the job of messenger and finds herself zipping all over Ember, delivering important missives to even more important people, including the mayor himself. At home she cares for her aging and forgetful grandmother, and her baby sister Poppy. When an old metal box is discovered in their closet, Lina¹s grandmother is overjoyed. Completely sure that the contents of the box are of the utmost importance, she is completely bereft of any memory as to why.

Lina manages to jimmy the lock open, and discovers some cryptic papers inside. Unable to piece the papers together, but sure that they are important, Lina resolves to decipher their meaning and enlists Doon¹s help.

As blackouts in the City become more frequent, Lina and Doon realize that the information inside that box could lead to the salvation of their City and their fellow citizens. Now racing against the clock, the two follow the clues, cleverly maneuvering around corrupt politicians and unsavory characters hoping to keep them from their goal: restoring the light in the City of Ember. 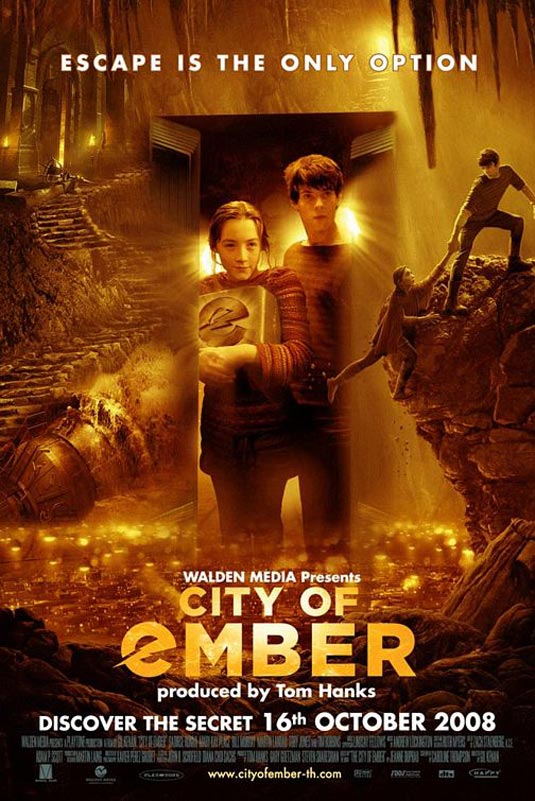