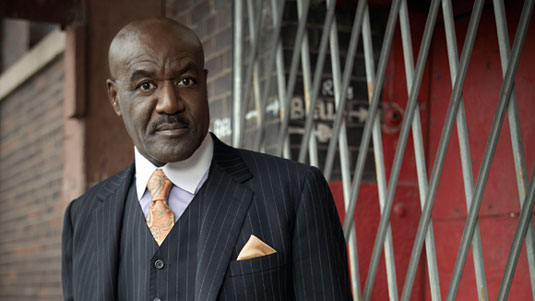 The Chicago Code actor Delroy Lindo has been tapped to co-star opposite Jake McLaughlin in NBC’s drama pilot Believe, according to The Hollywood Reporter. The story will follow a young girl in possession of a great gift (supernatural powers, it seems) – which will come into its own in seven years – and the man who is sprung from prison (McLaughlin) to protect her from those trying to hunt her down. Lindo will play Winter, a kind man posing as a priest who might not be what he seems. Alfonso Cuaron (Harry Potter and the Prisoner of Azkaban), who is also rumored to direct Star Wars: Episode VIII, and Mark Friedman will script the Warner Bros. TV pilot and exec produce alongside Bad Robot’s J.J. Abrams and Bryan Burk. In addition to Chicago Code, Lindo’s credits include The Cider House Rules and Get Shorty, earning ensemble SAG Award nominations for both. Now this is a nice list of names and supernatural thematics is something I really like, so I hope that the pilot will succeed in bringing the entire series before us. I wonder who will be cast as that girl, as well…
Continue Reading
Advertisement
You may also like...
Related Topics:Alfonso Cuaron, J.J. Abrams