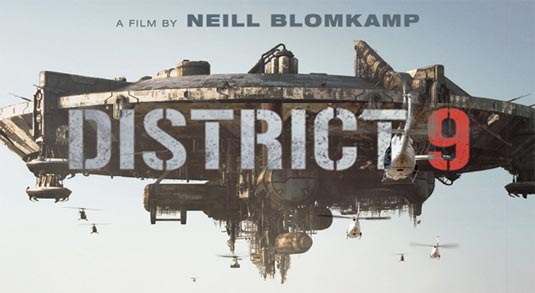 Sony Pictures has just released a new trailer and poster for the upcoming film “District 9.” In the movie  an alien race arrives on planet Earth and are rounded up and shipped to live as refugees at a site in South Africa named District 9. A corporation is given the task of figuring out their weapon systems and discover that the technology requires alien DNA to work. When a human is infected with this alien DNA, all hell breaks loose and he becomes the most wanted man on the planet. And the only place for him to hide is District 9. “District 9″ is based on “Alive in Joburg“, a short film produced by Neill Blomkamp, Sharlto Copley, Simon Hansen and Shanon Worley. Directed and co-written by Blomkamp, it features the likes of William Allen Young, Robert Hobbs, Jason Cope and many others. Sony will distribute this sci-fi movie across the U.S. on August 14, 2009.