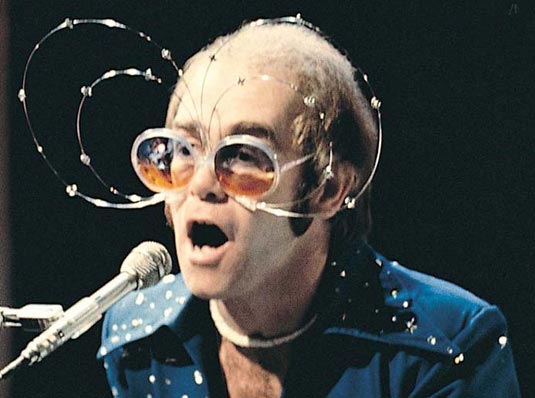 Lee Hall, screenwriter behind the Billy Elliot project, has been hired to write a film based on the life of Elton John. Anyone interested in this newest biopic? Whether you like this man or not, one thing is for sure – he’s had an exciting and interesting life, and still has, I guess. John promised that it will be as “crazy” as his life, so let’s get straight to the point! Speaking to Chris Evans on the DJ’s Radio 2Breakfast Show, John confirmed: “There might be a film about my life in the next couple of years, two or three years. We have a script written by Lee Hall who wrote the script of Billy Elliot and the musical stage play so we have a couple of directors in mind for that. That will happen or get off the ground in the next two or three years.” Then, he added: “Fantasy of my life, it’s not going to be like a Tina Turner film of my life which was great – What’s Love Got to Do with It with Laurence Fishburne – not a biopic, more of a Moulin Rouge. My life has been so surreal from football club to God knows what. You can’t under-dramatise my life, it’s been drama all the way.” In his four-decade career John has sold more than 250 million records, making him one of the most successful artists of all time. His single “Candle in the Wind 1997” has sold over 33 million copies worldwide, and is the best selling single in Billboard history. He has more than 50 Top 40 hits, including seven consecutive No.1 US albums, 56 Top 40 singles, 16 Top 10, four No.2 hits, and nine No.1 hits. He has won six Grammy Awards, an Academy Award, a Golden Globe Award and a Tony Award. In 2004, Rolling Stone ranked him Number 49 on its list of the 100 greatest artists of all time. What do you think about this news?
Continue Reading
Advertisement
You may also like...
Related Topics:Billy Elliot, Elton John, Lee Hall