The first stills from the adaptation of Lois Lowry‘s The Giver, directed by Philip Noyce have debuted at EW and they feature Jeff Bridges alongside newcomer Brenton Thwaites. The Australian young star Thwaites plays Jonas, the 16-year-old from a seemingly utopian, futuristic world, who is singled out to receive special training from The Giver (Bridges), who alone holds the memories of the true joys and pain of life. Salt director Noyce says to EW:

The past is considered to be potentially polluting. This is a world where complications are eliminated. Jonas himself goes on a journey as he finds out what’s missing. He starts to investigate what’s causing it. And that’s the beauty. That’s what makes the book so popular, it’s an investigation in ways of living.

He’s directing a screenplay adapted by newcomer Michael Mitnick. Katie Holmes and Alexander Skarsgard play Jonas’ parents, while Meryl Streep stars as the Chief Elder of Jonas’ community.The Grammy-winning singer-songwriter Taylor Swift also has a supporting role in the long-awaited film adaptation of Lowry’s 1993 classic children’s book. Her role in the movie which opens August 15th, 2014 is that of Rosemary, whom Bridges’ character mentors prior to meeting Jonas. Check out the first two shots from the location in an old factory in Cape Town where the film recently wrapped principal photography. 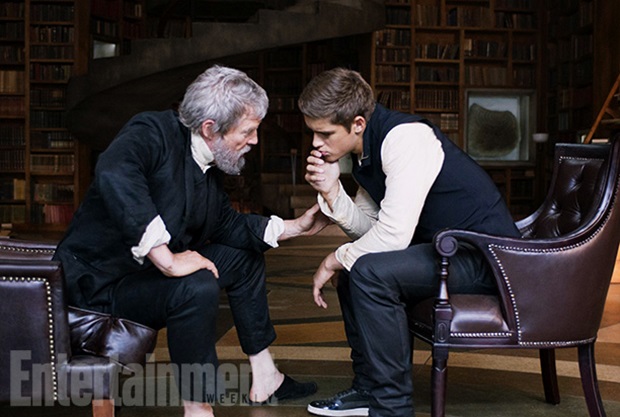 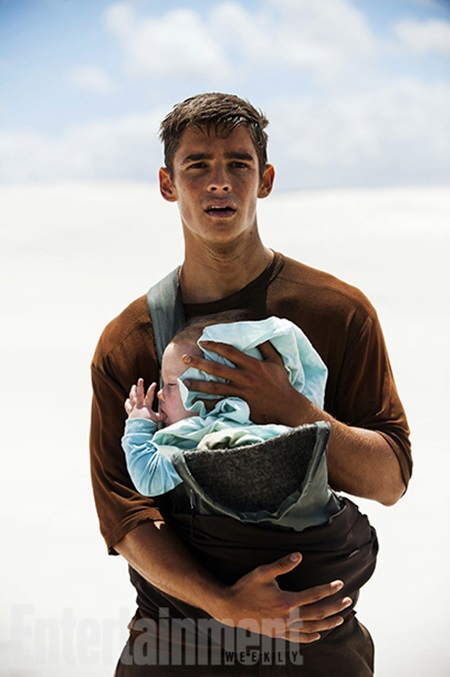 First Official Image From DUMB AND DUMBER TO Released
BATMAN VS. SUPERMAN And THE AVENGERS 2 Filming Locations
Advertisement