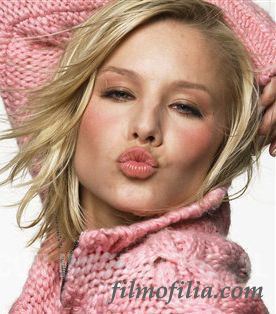 From the producers of ‘The 40-year-Old Virgin’ and ‘Knocked Up’ comes a comic look at one guy’s arduous quest to grow up and get over the heartbreak of being dumped – if he can only make himself start ‘Forgetting Sarah Marshall.’

After a devastating break-up with his girlfriend TV sitcom star Sarah Marshall (Kristen Bell), a heartbroken and depressed Peter (Segel) heads to Hawaii, for a little vacation to try his best to forget every detail of his relationship with Sarah. But love laughs at Peter, because Sarah is vacationing in the same exclusive resort as Peter, along with her new boyfriend.

The story revolves around a heartbroken Peter (Jason Segel), who heads to Hawaii for a little vacation in order to forget about his devastating break-up with his girlfriend Sarah Marshall (Kristen Bell) , a TV sitcom star. Upon his arrival at Hawaii, he quickly learns that Sarah is vacationing in the same exclusive resort as him, along with her new boyfriend.
’Forgetting Sarah Marshall’ began filming in April in Hawaii and Los Angeles, but is scheduled to hit theaters on May 30th, 2008.