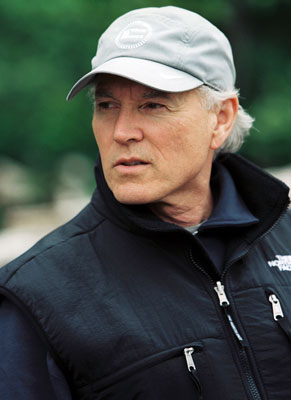 Frank Marshall will be directing an adaptation of a series of books called the Covert One series. So, although the Jason Bourne franchise is dead at this moment, we have new adventure story on a way. New franchise? Why not, after all “a top-secret team of political and technical experts who fight corruption and conspiracy at the highest and most dangerous levels of society” already sound’s like something that could be interesting to see on a big screen… “An unknown virus has emerged, and with time running out for all of humanity, it’s up to disease expert and former secret agent Colonel Jonathan Smith to isolate the source of the outbreak and expose the culprit responsible in an action-packed thriller penned by Bourne Identity author Robert Ludlum with several other authors. Colonel Smith is not only one of the country’s best-known disease experts, he was also a top agent in the highly classified Covert One agency that reports directly to the president of the United States. Now, as a killer virus gives way to a far-reaching conspiracy which points to corruption in the highest ranks, Colonel Smith is charged with the task of tracing the origins of the super-bug to its shocking source. In the process of saving the world, he’s about to find out just how far some people are willing to go to achieve ultimate power.” That’s exactly how the story goes in a 2006 TV movie with Mira Sorvino and Stephen Dorff. So, isn’t this new adaptation with Frank Marshall in charge quite logical “next-step”? Yes, indeed, since Marshall is looking to direct the first in what could be a potential series for Universal. They also remind us that Captivate Entertainment is also developing other Ludlum projects such as The Matarese Circle, The Parsifal Mosaic, The Sigma Protocol, The Chancellor Manuscript and of course, Bourne 4. We’re hoping for more detailed information about Covert One as soon as possible. So make sure you stay tuned!
Continue Reading
Advertisement
You may also like...
Related Topics:Frank Marshall, Robert Ludlum